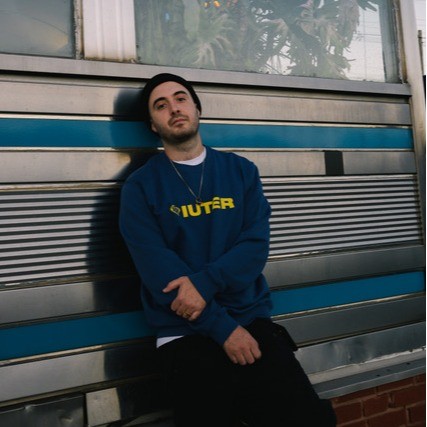 Clams Casino might just be the hottest producer on the planet right now. For some time his electrifying beats have been lighting up mixtapes for Lil B, Soulja Boy and other unique personalities in the new rap underground, but recently he's stepped out of the shadows to become acclaimed in his own right, releasing his own instant-classic Instrumentals mixtape, and now proffering a timely EP on Tri Angle, his debut release proper. Those expecting more of the ruggedly romantic R&B infusions he's best known for will be initially surprised, but ultimately enchanted, by the more knotty, abstract direction he's taken for 'Rainforests.' With its foregrounding of crackle, 'Natural' could almost be mistaken for The Caretaker making hip-hop, were it not for the generous dosage of Clams' signature whooshing synth atmospherics and amorphous vocal moans. 'Treetop' is just beautiful, wistul techno arpeggios and barely-there beats foraging forlornly through an ambience of exotic birdsong and high-altitude air pressure. Rhythm is back in the foreground for 'Waterfalls,' but again this is a tune built to deliver a substantial emotional payload rather than cheap club thrills; 'Drowning' maintains the almost gothic sensibility of the EP, pattering snares, piano chords and sepulchral synth jabs ebbing and flexing in the ether. There's a release of sorts for 'Gorilla,' razor-sharp strings lifting the blunted percussion heavenwards, but this vertical ascent isn't quite enough to suppress the all-pervasive feelings of heartache and listlessness. Rainforest is an isolationist hip-hop epic that accords perfectly with the Tri Angle aesthetic while also affirming and deepening Clams' singular production style; it's a new benchmark in the bedroom hip-hop revolution, the real sh*t, and totally essential.