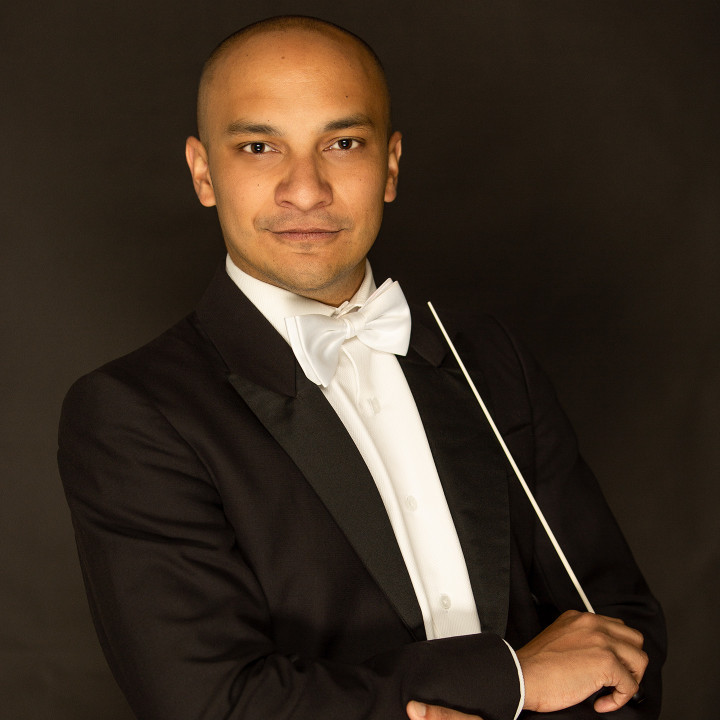 Australian conductor Christopher Dragon is the Music Director of the Wyoming Symphony Orchestra and Resident Conductor of the Colorado Symphony. He joined the Colorado Symphony in the 2015/2016 Season as Associate Conductor -- a position he held for four years. For three years prior, Dragon held the position of Assistant Conductor with the West Australian Symphony Orchestra, which gave him the opportunity to work closely with Principal Conductor Asher Fisch.

Dragon has a versatile portfolio ranging from live-to-picture performances of Nightmare Before Christmas, Jurassic Park and Mary Poppins, a wide variety of collaborations with artists such as The Flaming Lips, Cynthia Erivo and Wynton Marsalis, to standard and contemporary orchestral repertoire such as Danny Elfman's Violin Concerto, Eleven Eleven, all areas of which he has become highly sought after. Christopher has become known for his charisma, high energy and affinity for a good costume, consistently delivering unforgettable performances that has made him an audience favourite.

Recent season highlights include his subscription series debut with the San Diego Symphony, performances of Danny Elfman's Music from the Films of Tim Burton with Danny Elfman reprising the role of Jack Skellington and the historic Colorado Symphony performances with the Wu-Tang Clan at Red Rocks and the Mission Ballroom. Dragon's upcoming debuts include concerts with the San Francisco Symphony and the Utah Symphony.

He has also conducted at numerous festivals including the Breckenridge and Bangalow Music Festivals, with both resulting in immediate re-invitations. At the beginning of 2016 Dragon conducted Wynton Marsalis' Swing Symphony as part of the Perth International Art Festival alongside Wynton Marsalis and the Jazz at Lincoln Center Orchestra.

Christopher began his conducting studies in 2011 and was a member of the prestigious Symphony Services International Conductor Development Program in Australia under the guidance of course director Christopher Seaman. He has also studied with numerous distinguished conductors including Leonid Grin, Paavo and Neeme Jarvi at the Jarvi Summer Festival, Fabio Luisi at the Pacific Music Festival and conducting pedagogue Jorma Panula.