Child of the Parish Booking Info 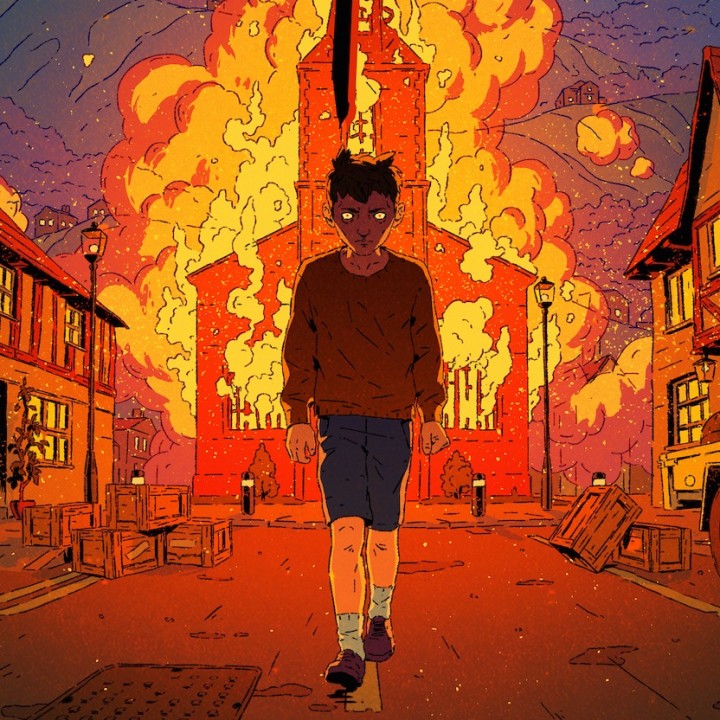 Child of the Parish is a collaboration between writer/producer Ben Vella, his brother Tom Vella, and the artist Pius Bak. Musically Ben wanted to explore songs with more of a colourful tilt towards disco and psychedelia, where 303's could sit happily alongside guitars, four-to-the-floor beats and vocal samples. In the spirit of 'having as much fun with it as possible,' he also lived out a lifelong dream to write a mini graphic novel. Ben and Tom grew up on the likes of Katsuhiro Otomo's "Akira" and Alan Moore's "Watchmen." Having recently moved from a big city to a tiny village in the countryside, the idea of Child of the Parish formed. A village cursed by a 16c witch is punished 400 years later by the arrival of Jacob, son of the devil and the Child of the Parish. Drawing a parallel between medieval witch hunts and modern trials by social media, Jacob metes out justice to the inhabitants of his village in a dark comedy horror. Ben found Lithuanian artist Pius Bak who instantly embraced the story and brought it to life. The comic will in effect form the prequel to the Child of the Parish album.

Exclusive Booking Agency for Child of the Parish: Worldwide except North & South America