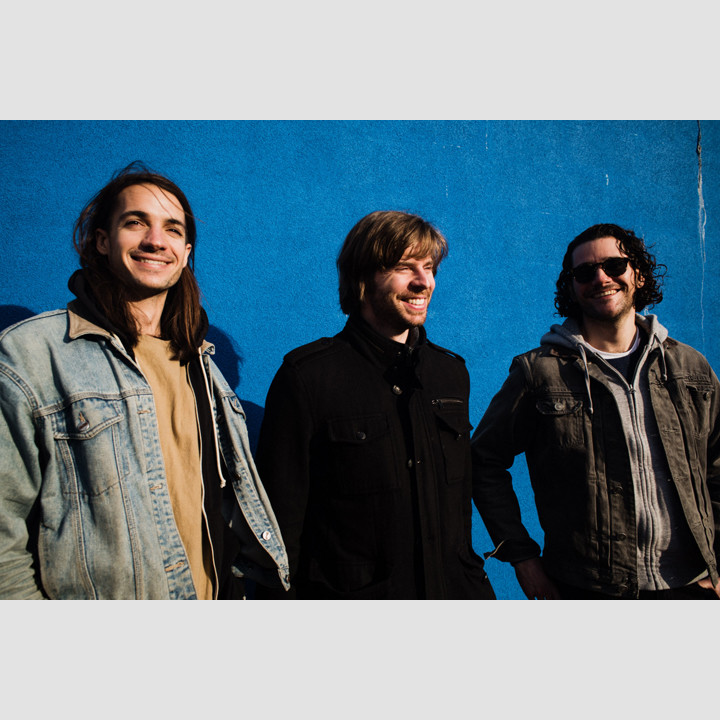 Cheerleader began in 2011 as an apartment-based recording project for childhood friends and Philadelphia transplants Joseph Haller and Chris Duran. After a series of well-received Bandcamp singles and EPs, they became a five-piece band, toured the US and UK, and released their debut album, The Sunshine of Your Youth.

But, according to Haller, that band now exists in name only. “Toward the end of 2016 -- right before the holidays -- I had a call with the band, management, and our label, and told them I was done. I had hit a wall, just physically and mentally exhausted, and I was at a point where I could not continue to tour. And even if I could, I was not in a state where I would have been able to do the songs from Sunshine any justice.”

Haller hung up thinking that was it -- and it was, in a sense. What Haller didn’t realize at the time is that it would lay the groundwork for a new chapter for the band and their eventual rebirth. After five months of inactivity, Haller began recording demos that pushed into dramatically new terrain -- songs that were unsparingly honest and even bleak at times, in stark contrast to the innocent exuberance that characterized his earlier work. “These were not intended to be Cheerleader songs when I wrote them, but were just songs that felt right and natural to me,” says Haller.

It would wind up taking Haller and the band two full years to craft and record the songs that make up Almost Forever, and the album arrives nearly four years from the release of The Sunshine of Your Youth. Over that span, the band had its demo space shut down by the city, and Haller had to part ways with founding member Chris Duran. “A lot has happened since the band formed in 2011 - people grow, people change, and priorities shift. It was in everyone’s best interest that we go our separate ways.”

Haller, joined by Paul Impellizeri, Joshua Pannepacker, and Sean Donaghy, closely collaborated with Chris Coady (Beach House, Future Islands) at every step, recording and mixing at Panoramic Studio in Stinson Beach, California and Sunset Sound in Los Angeles. The result is 11 songs that Haller hopes gives the listener a window into his and the band’s journey since the fall of 2016. “I think this record will surprise a lot of people who only know us from our older songs. I can still hardly believe the album exists, given everything we’ve been through -- and I feel incredibly fortunate that it does.”