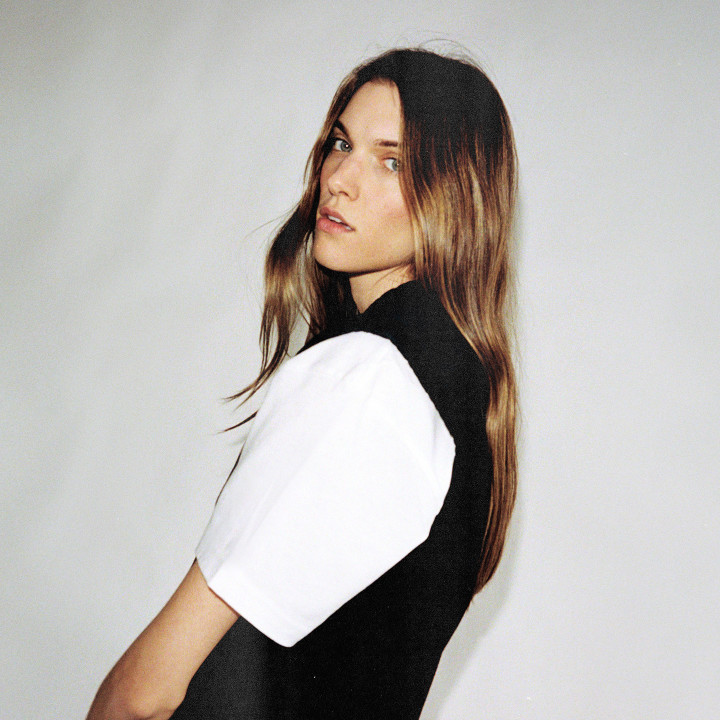 Each day offers an opportunity to build, grow, and evolve. Charlotte Cardin maximizes this opportunity as both a singer and a songwriter. Guided by instinct and gifted with a seismic voice, the Montreal-based artist pens personal anthems about life and love without filter. Rather than shy away from specifics, she shines a light on every lithe detail, empowering herself in the process. Amassing over 160 million streams and attracting acclaim from Harper's BAZAAR, The FADER, Flaunt, NYLON, PAPER, W Magazine, Interview, Pigeons & Planes, and more, she takes flight out of flames on her 2021 full-length debut, Phoenix, which has held steady at #1 on the Billboard Canadian Albums Chart for multiple weeks. The album further-solidified her widespread acclaim, with HYPEBAE noting that, "In a sea of emerging singer-songwriters, very few have a voice as captivating and tunes as hypnotic as Charlotte Cardin."

"Musically and artistically, the concept of the Phoenix is strong because I've learned to trust my instincts," she explains. "I'm listening to my inner voice, tuning out the external noise, and sharing music that's authentically me. Conceptually, it's a symbol of second chances and being able to adapt and work on yourself. You need to love who you are before you're ready to be in a relationship. I evolved so much in this process and changed in certain ways. I'm just a 25-year-old woman who's obsessed with feelings and wants to share them as authentically as I can. Phoenix symbolizes my growth."

As a musician, she never stopped growing. The product of a musical family, dad shared his passion for rock 'n' roll, mom played piano, and grandma even taught music. At seven-years-old, Charlotte belted out Led Zeppelin and White Stripes covers at a school concert and fell in love with "the sensation of singing through the mic and hearing myself really loudly."

After the success of her Big Boy EP across Canada, she made waves worldwide with the Main Girl EP in 2017. Featuring "Main Girl" and the breakthrough "Dirty Dirty," it sparked a whirlwind two-year journey around the globe. She supported the likes of Nick Murphy and BORNS in addition to selling out headline shows on multiple continents. Not to mention, she graced the stages of festivals such as Bonnaroo and Osheaga in addition to Festival d'Été de Québec (as a special guest of Sting and Peter Gabriel). Returning home, she locked herself in the Cult Nation studio with producer and co-writer Jason Brando throughout 2019.

Co-writing the bulk of the project together, the process enabled her to progress.

"I had never really co-written before," she explains. "I'd only worked in a very isolated way from home. It was fun to include my crew, because it made everything more exciting. Letting their artistic input be super present was a revelation. The ideas kept flowing. It felt fresh, but the album is one-hundred percent me, my life, and things I've seen and experienced. We recorded a lot of these right on the spot. Much of the album is comprised of first takes, because they have those magic sparks."

The magic carries through the first single "Passive Aggressive." Curling around a danceable bass line, the main synth lead glows with eighties gloss as Charlotte's vocal acrobatics enchant. Soulful verses build towards a high register hook as she croons, "Hallelujah, baby. We're no longer together."

"It's basically a song about the relief, celebration, and liberation you feel once you get rid of a toxic relationship," she explains. "It's about a very passive aggressive ex and just those toxic vibes. It's being happy to be on your own and embrace your inner strength."

Meanwhile, soft piano courses underneath her dynamic voice on "Anyone Who Loves Me." The twinkle of keys offsets a no frills warning, "We're not your fancy dolls. You better set us free, or else we'll fuck you up."

"It discusses how society expects women to behave," she goes on. "I was in the modeling industry from fifteen until twenty- years-old. Everyone wants you to be a certain way. It's constant pressure to deal with when you're in the public eye. It's something I've struggled with for so long. It was important to express how strongly I feel, but maintain a balance where the song is pleasant to listen to."

Representing an overarching theme, the title track swings towards a fiery refrain, "I had to burn everything that I was just to come back like a phoenix."

"It's my favorite song," she admits. "It's about not loving yourself enough to give someone the love they deserve. You realize it and work on who you are to be able to love yourself and this person the way you should."

The album culminates on the gorgeous goodbye of "Je Quite." Its French chorus translates to, "I'm leaving, but I'm not leaving you."

"To me, it means you just need a break to figure out things on your own, but it doesn't mean things are over," she elaborates. "French was my first language. By singing in French, there's an extra meaning where this is a new chapter."

In the end, Charlotte burns brighter than ever on Phoenix.

"When you listen to me, I want you to know it's okay to be in touch with your emotions," she leaves off. "It's hard to dig deep into things that hurt or bother us. So, I shared embarrassing things, sad things, and things that bother me, because it's such a relief to get everything out. It's okay to feel desperate. It's okay to feel ecstatic. With how fucking crazy things are, we forget to touch base with how we feel. I just hope you feel."