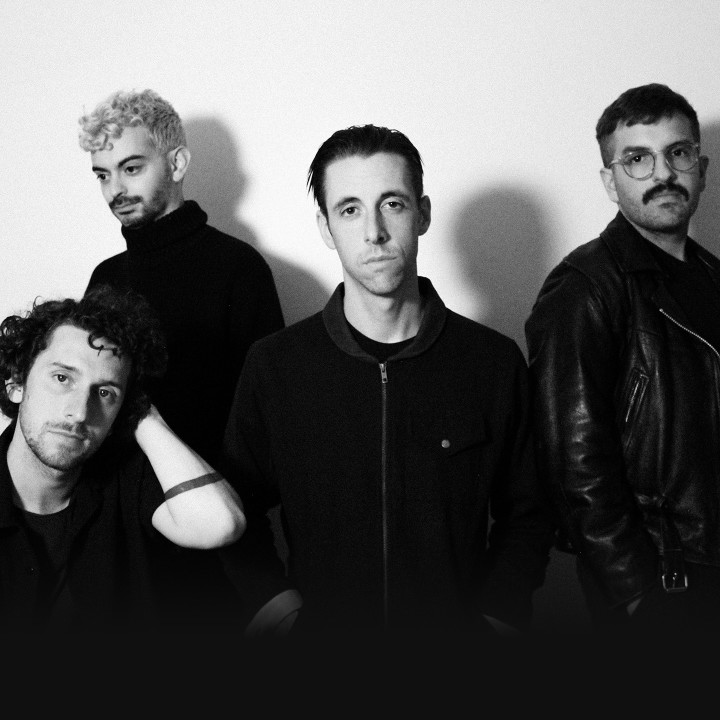 New Preoccupations (As The Gods Descend), the second full-length record from Philadelphia band Caracara, is about a relationship with a substance. In particular, it's about singer and guitarist Will Lindsay's relationship with alcohol amidst mounting global hysteria, a journey that threads throughout the record. Some moments embody the perilous and bleak; others are impossibly full and joyous. Never moral or immoral, they are simply one part of a lifelong negotiation with the world we're born into and our place within it. To write about a substance is to write about the conditions that occasioned its usage.

For Lindsay, alcohol and music were inextricable. Drinking was a central element of life both at home and on tour, and by late 2019 he'd become worried. Before a show in Texas, he decided to simply take a break- unexpected withdrawal symptoms and a panic attack ensued. That's when he hit a wall. "I don't know when it all got so murky because of the party, but it did," he says. "It just sort of fell apart towards the end of 2019. I realized all at once that if I didn't get ahold of this, I couldn't keep touring, and that scared me more than anything." He quit drinking in January 2020. "There was a blurring of identity lines," explains Lindsay. "What do I do, what do I care about? How is it that I so thoroughly constructed my life around drinking? I never meant to do that, I couldn't see it happening." But Lindsay clarifies that this isn't a sobriety PSA. Quite the opposite.

"I think what people will be able to hear in this record, and what we hope to say, is that this can't simply be reduced to a dark and dismal story. We didn't set out to make a druggy record about recovery, we wanted to examine the journey toward it -- to show the ominous weight of the lowest moments, woven in with the rapturous highs that make the lows easier to turn away from. These beautiful moments may be fueled by a substance but aren't inherently invalidated by it. Just because it ended with you needing to stop doesn't mean you can't celebrate the memories you made."

There's something apocalyptic in the title New Preoccupations (As The Gods Descend). It is a reference to our apathy and our distractions amid what often feels like the end of days; the joy and fun we scrape out of the horrors surrounding us. God, drugs, booze, music, the internet: they are all made of the same stuff. They all bring us to the same place. "It's not fair to only talk about the darkness because to me that just doesn't feel honest," says Lindsay. "There are so many reasons why we embrace the cage. Pick your dopamine lever."