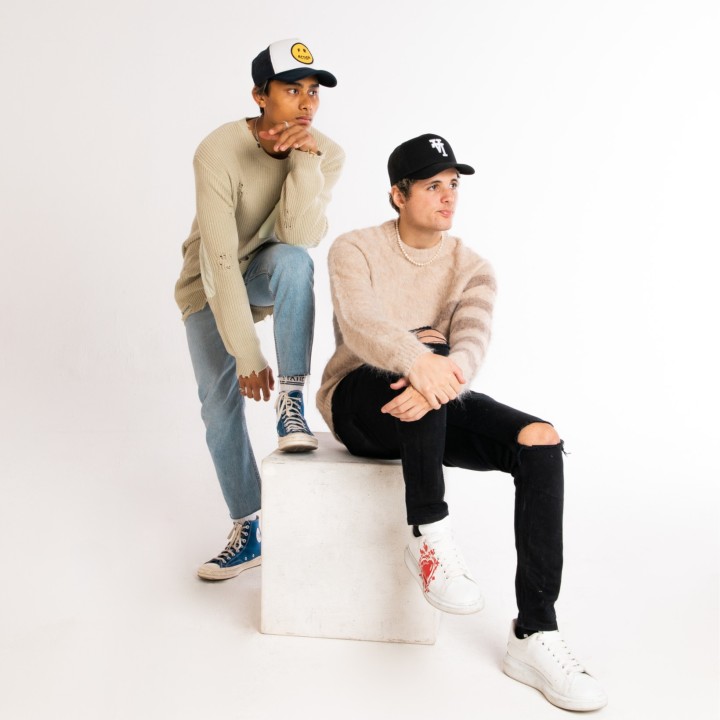 Calabasas has tested their pen and production skills working with acts such as Kanye West, Marc E Bassy, UnoTheActivist, and more. The duo is quickly making a name for themselves not only with their artist project but also as one of the industry's most sought after production duos.

In July of 2020 Calabasas released their break out single "Believe In Me" which found its way onto Spotify's Fresh Finds editorial playlist in the #1 spot just one week after release as well as peaked at #32 on the SoundCloud Top 50 US charts after amassing over 3 million streams. In October of 2020 The Image followed up "Believe In Me" with their infectious single "Beaujolais" which quickly gained the attention of Apple Music and Spotify. The track was placed at #6 on Apple Music Hot Tracks and on Spotify landed on the editorial playlists Signed XOXO #24 as well as Alternative Hip-Hop at #3. In addition the track peaked at #29 on the SoundCloud Top 50 US charts after garnering a whopping 2 million streams in just under a month.