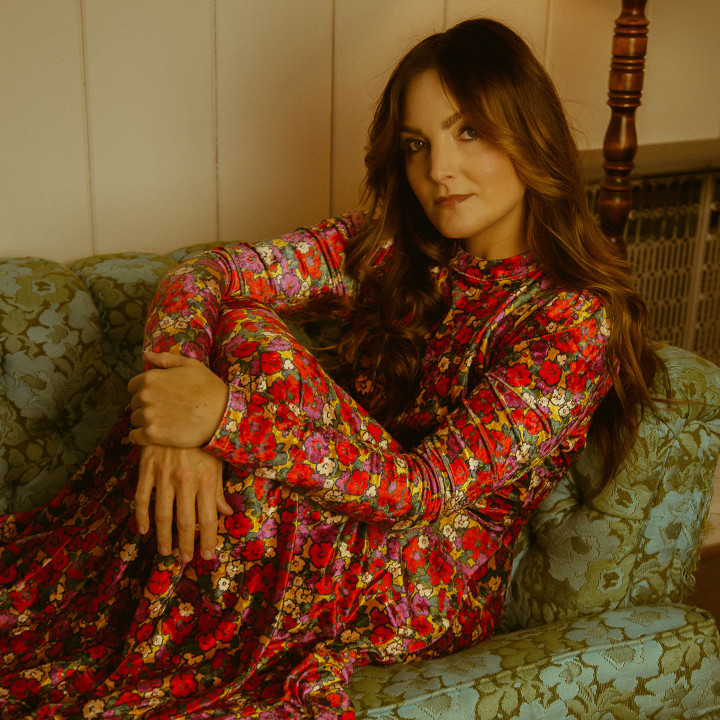 When hard times come calling, they don't tap at the door to be invited in. They barge straight in and wreak havoc. Just ask Singer/Songwriter Brit Taylor who found her idyllic life suddenly turned upside down, and she was left in a downward spin. It was a new feeling and a scary one. But she called on her upbringing, her faith and her family for strength, and she dug herself out with grit and determination and music.

Capturing life and pain with poetic ease and plain honesty is what the emerging Americana sensation does well. Brit writes and sings about what she lives, what she knows. Real Me, her debut album being released November 20, is a self-reflective, 10-song LP telling of a journey to self-awareness. The aptly titled album has a unique vulnerability that is both empathetic and empowering.

Brit knows you can't fake authenticity. Real Me reflects her story and, in some way, it is everyone's story.

Her four early-release singles from the album have earned positive reviews from numerous outlets including Rolling Stone, Billboard, American Songwriter, Music Row and others. All songs have found their places on playlists from Spotify, Apple and Amazon, including Spotify's Pulse of Americana, Emerging Americana, Indigo and New Nashville. Taylor has been voted No. 2 on the CMT 12-Pack Countdown and the No. 2 most added album on AMA/CDX Radio Chart, tying with Waylon Payne.

From her first single release, "Waking Up Ain't Easy," which shared her journey through depression as her life crashed around her, to the album's title song, "Real Me," an awareness of knowing her true self and having the guts to expose it to the world, the album borrows from her roots and blends it with a 21st Century vibe to create her unique sound.

It was the mess of her life that provided her with a personal and professional break-through.

Born in Eastern Kentucky where the famed Country Music Highway 23 slices through the mountains, Brit grew up surrounded by music -- and idols -- that she loved. Chris Stapleton, Loretta Lynn, Tyler Childers, Dwight Yoakum, Patty Loveless, The Judds, and so many more. It was a place that gave birth to her dreams and opportunities to reach them.

From her debut on the Kentucky Opry as a seven-year-old, music has been a natural part of her life. It wasn't really the stage she loved or the fans' love for her that she craved; it was the singing and the songs. For 10 years -- from elementary school through high school, the small-town girl learned and performed on the Kentucky Opry stage every weekend though the summers and Christmas seasons. It was the life she wanted.

Following high school graduation, she packed her bags, her black Karate belt, her dog and her dreams which had become goals, and she travelled that famed Music Highway out of Kentucky and into Tennessee.

She went to work. In her first five years in Tennessee, she not only earned a college degree, she turned a music business internship into a four-year publishing contract with CALIV Entertainment, later Spirit Music Group. It was there, during those next four years, where Brit co-wrote with some of the top names in the business and where Brit and her band wrote and released an EP and toured the United States. She also married the love of her life and bought a mini-farm, firmly planting her roots in Tennessee.

Everything seemed to be going great until suddenly it wasn't. There was the divorce from a person who was less committed to marriage than she was, the death of her beloved dog, a car break down, the bank wanting her house and the break-up of her band. While it might have made great lyrics for a country song, it made for a hard winter of living for Brit.

With those dreams turned goals still firmly in place, Brit looked deep inside her soul and knew it was time to create the kind of music that was honest to her. Without looking back, she started anew, leaving her publishing deal, her band and her marriage behind.

It took real courage. Forming a small business to pay the bills and feed her mini-farm menagerie of dogs, cat, goats and chickens, Brit was able to become her "real me," reaching into her heart to create the lyrics and the sounds that reflect who she is.

Just a few months after leaving her publishing deal and just enough time to start wondering if she had done the right thing, Brit found her answer. She was given an opportunity to write with hit songwriter and rock-star Dan Aurbach. "It was incredible," Brit said. "We wrote eight songs in two days. Dan didn't try to make me sound like anybody else, he just let me be me. That was the kick of courage I needed to make my record my way."

Five of the songs they wrote are on Brit's highly anticipated album Real Me, coming out this month.

In a world where authenticity is often traded for marketability Brit is bravely standing out as her own self. Her marketability is the timelessness of her sound and the honesty of her lyrics. She is putting her new spin on traditional country music.

"I think it's really hard to be authentic in this town," Brit said. "As artists, we all struggle with feelings of insecurity, we all want to be a success story. So we wonder if we need to change our look to fit what's in; we are encouraged to change our sound to satisfy radio and at the same time we are told we should strive to be unique and stand out from the crowd. You can't fit in and stand out at the same time."

It isn't an easy path to navigate, but Brit learned that the best GPS was her inner self. Today, the power of her music is that it is refreshingly simple yet surprisingly complex. Always true to herself, Brit Taylor continues to tells stories which manage -- whether they are dramatic, humorous or heartfelt -- to be downright honest.