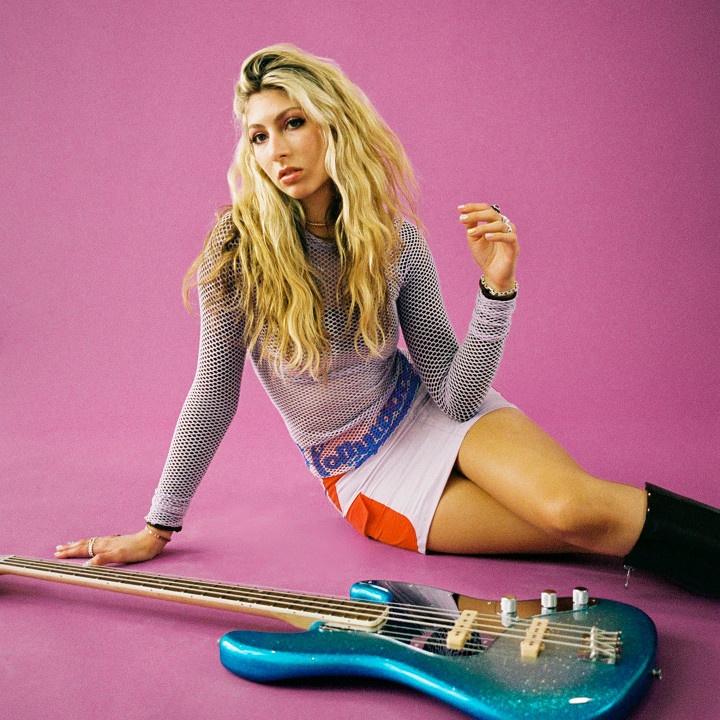 Blu DeTiger is a multi-instrumentalist, singer, songwriter, producer, DJ, performer, and bass virtuoso born and raised in New York City. She's been playing the bass guitar since 7 years old. By the age of 17, she was a staple in the NYC club, fashion, and creatives scenes -- DJing sets while still underage, walked in the Kid Super NYFW show, and more. In 2020, she released "Figure It Out" which went viral in 31 countries, charted on AAA radio, and made NPR's top 40 songs of the year list.

Blu continues to soar to new heights with over 1M TikTok followers and popularity amongst fans and critics alike, from Flea, Janet Jackson, Questlove, Timbaland, etc. to Variety, V Mag, Billboard, Forbes, NPR, MTV, Interview, Rolling Stone, and so many more. She's an accomplished session and touring musician who's played with Caroline Polachek, Fletcher, and others. Additionally Blu has been named to Fender's Up Next 2021 Global Artist Series.

Blu's debut EP How Did We Get Here? is out now. Her single "Vintage" received a Beats 1 Zane Lowe premiere and Jack Saunders Radio 1 spins out the gate, covers at Apple Music's Superbloom and New Music Daily playlists, and Spotify Lorem's playlists. Since release the EP has accumulated more than 45M streams online which further shows why she is an emerging force of nature.