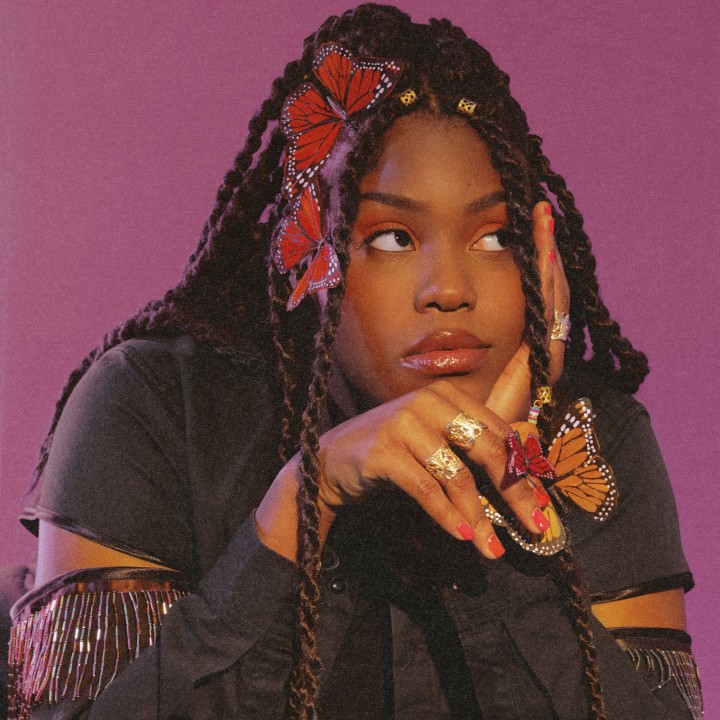 For most high school seniors, a senior prom's cancellation stemming from COVID concerns would prove a devastating blow to the social peak and pre-adulthood sendoffs that teenagers around the country spend years waiting for. But the 20-year-old singer, songwriter, and guitarist named Blessing took the opportunity and saw inspiration instead of devastation, using the missed milestone as artistic fodder as she'd done and would do for much of the pandemic. Out tumbled songs like "rage," "freak," "character," lead single "girl like me," and follow-up "boys like you." In fact, the entirety of her debut project took shape in the same period in her life, all responses in one way or another to the suspended state of being that came with closing out her teenage years alone in a bedroom.

Reared on the music revered by her mother (disco hits by Donna Summer, R&B staples by The Whispers) and her four older siblings (early '00s radio strongholds by Destiny's Child and 50 Cent), Blessing knew young that music would be her stomping ground. Rock influences took hold of the Houston, Texas native at 13, when she became more into video games with propulsive, guitar-driven soundtracks; Shawn Mendes' Handwritten awakened a desire within her to write and record originals, which she'd pen in the middle of the night, alone in the dark armed with an iPod and headphones to guide her; YouTube served as eye-opener to and teacher of the guitar; and her high school choir helped shape and strengthen her voice. Emboldened by the skills she was sharpening, Blessing began changing lyrics to songs she'd cover, posting the results on social media for the world to hear (including her family and friends, but only after she grew confident enough to finally unblock them from her accounts).

At 15, she says with a knowing smile, only a few months into playing and creating music, "I knew it would be a profession." After only a year of college, Blessing chose music instead, dedicating herself to just her vocals and guitar to bring her visions to life. "There's no better feeling than finishing a song," she says of her creative process, and the joy it's sparked for her throughout the past half-decade. "I feel like that's like the best thing ever."

Years of drive and self-taught artistry birthed the girl next door, a debut EP brimming with the sort of promise and pioneering musicianship so rarely found in young artists. Citing a desire to make music that's genuine and steeped in feelings she's really felt -- even if her stories carry those feelings to new territory -- Blessing calls the girl next door "a relief, and the ability to finally say what I've always wanted to say out loud," a collection of songs that she wishes she could've heard when she needed them most. "These are the things I never bothered saying."

Lyrically rich and sonically lush, the girl next door and its six songs are anchored by Blessing's singular voice, a textured and emotional instrument than can swing as boundless and heartfelt ("character") as it can charmingly self-effacing and witty ("freak"). Lead single "girl like me" asks the question, "What if unrequited love isn't mutual?" buoyed by Blessing's honeyed voice plunges deep with emotional resonance. The head-bobbing follow-up "boys like you" unpacks an Instagram crush with the lyrical significance to match the very real feelings that engulfed her when she realized what was happening. "freak" is a skittering kiss-off, a love letter to the inner kids within all of us who never felt accepted or mainstream, with Blessing's talk-sung vocals taking her to dizzying new heights. "19 and peaked" tells tale of the age-old, never-discussed cold hard truths of high school friendships coming to an end with the coming-of-age. Clocking in under half an hour, the girl next door serves not only as an introduction to Blessing's own growing spotlight, but a ticket to ride with her the rest of the way.

Blessing's journey is only just beginning, and the girl next door will likely soon become the name on the tip of everyone's tongues.