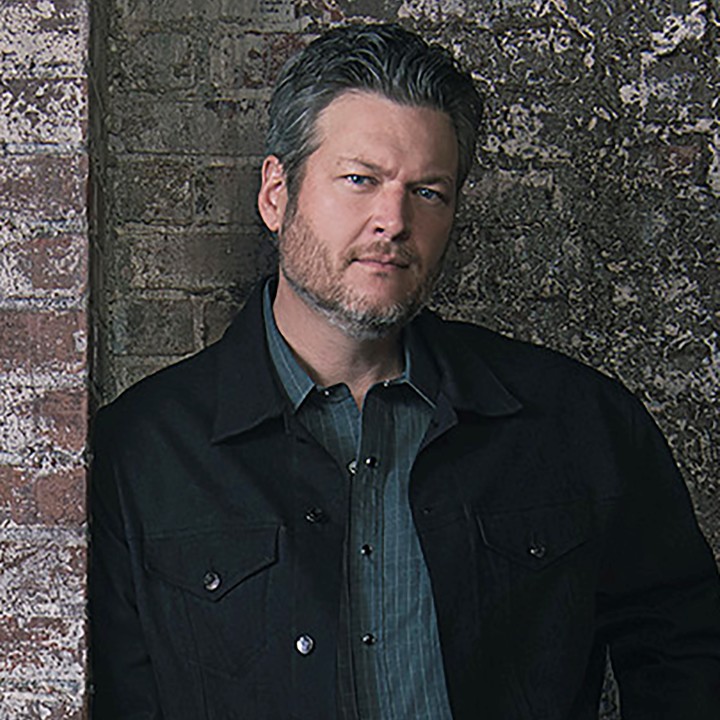 Blake Shelton continues to add to his superstar status. His Top 10 and climbing single "Happy Anywhere" featuring Gwen Stefani topped the Country Digital Song Sales chart with nearly 27,000 tracks sold in the first week alone. The "joyous duet" (People) follows their previous smash hit, "Nobody But You," which reached the top of the country radio charts for multiple weeks, marking Shelton's 27th career No. 1. The track is nearing 200 million streams and has accumulated more than one million track equivalents, debuting at No. 1 on the all-genre iTunes Songs chart and recently winning the CMT Music Award for Collaborative Video of the Year. "Nobody But You" made its TV debut on the 62nd GRAMMY Awards, where Shelton was also nominated for Best Country Solo Performance for his smash "God's Country." One of the fastest country songs in 2019 to reach one million track equivalents, the 3x Platinum "God's Country" also earned the 2019 CMA Award for Single of the Year and the 2020 ACM Award for Single of the Year. Both tracks are featured on Fully Loaded: God's Country, which was Shelton's seventh and most recent album to debut at No. 1 on the Billboard Country Albums chart. Shelton is also currently nominated for Male Artist of the Year and Country Artist of the Year at the 2020 E! People's Choice Awards and Favorite Song -- Country ("Nobody But You") and Favorite Album -- Country (Fully Loaded: God's Country) at the 2020 American Music Awards.

As a coach for the Emmy Award-winning television show The Voice, Shelton is a seven-time champion, most recently with his contestant Todd Tilghman. The Grand Ole Opry member also remains focused on his Ole Red partnership with Ryman Hospitality, with locations currently in Tishomingo, Nashville, Gatlinburg and Orlando. With awards wins nearing the hundreds, Shelton remains a force in the industry with ACM (5), AMA (2), CMA (10), CMT (11) and People's Choice Awards (5), among many others.