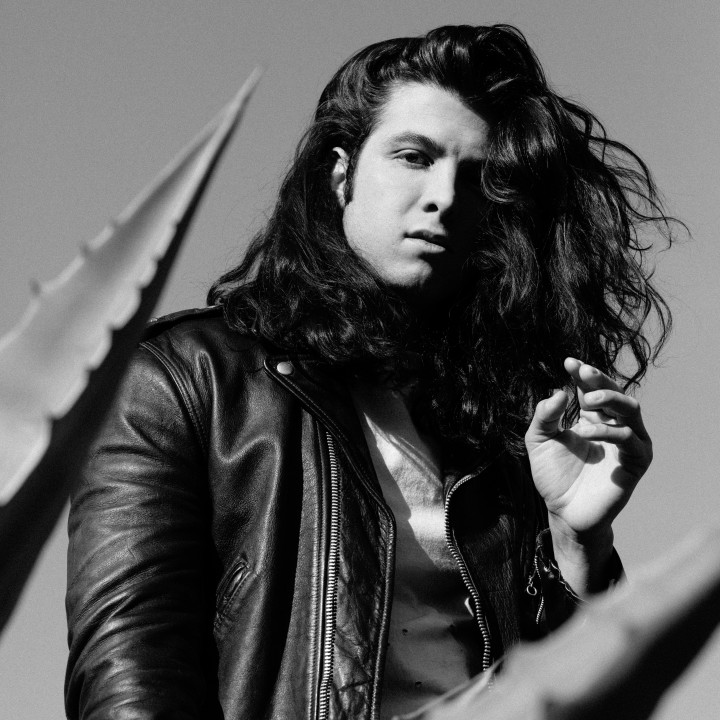 With his heart-on-sleeve songwriting and deeply expressive voice, Billy Raffoul possesses a rare power to channel heartache and joy with equal conviction and intensity. A 25-year-old artist who got his start playing to long-haul drivers at a truck stop when he was just 16, the Canada-bred, Nashville-based musician has continually matched his incredible range with a brilliantly genre-blurring sound. Made with producers like Mike Crossey (Arctic Monkeys, The 1975, Barns Courtney), his latest EP A Few More Hours at YYZ further redefines the limits of the classic singer/songwriter sensibility, bringing Raffoul’s enchanting sincerity and warm introspection to his most sonically ambitious body of work yet.

“I think this is the most experimental thing I’ve ever done,” says Raffoul. “There are some songs that are very electronically inspired and some that couldn’t be more raw and live, and then there’s everything in between. Making this EP showed me that there really are no rules in terms of combining all different kinds of music.”

Recorded in Nashville, Los Angeles, and Windsor, Ontario (a small city near Raffoul’s hometown), A Few More Hours at YYZ takes its title from one of the most moving songs Raffoul has written to date -- a tender reflection on the 2017 Las Vegas shooting. “I was flying to L.A. from Toronto the morning after, and I just remember sitting in the airport and everybody watching the news,” he recalls. “Everything was so quiet, and I took my guitar and went to a gate where no one else was sitting and started writing about how you never know how much time you have left. I think the main message of the song is that if there’s someone in your life you’ve been out of touch with for whatever reason, maybe now’s a good time to reach out and try to patch things up.”

To capture the emotional urgency of “A Few More Hours at YYZ,” Raffoul cycled through several recordings of the song, eventually enlisting his childhood friend Justin Zuccato to lay down the track’s viscerally heavy drumbeats. “I told him I wanted something that gives you that feeling of a John Bonham drum pattern, and finally it all clicked,” says Raffoul. “Until then the song didn’t feel grand enough to match the emotion of the lyrics, but that rock-and-roll drumming took it to a new place.”

Revealing the utter lack of inhibition in Raffoul’s creative process, A Few More Hours at YYZ encompasses everything from the folky simplicity of “Kingston, ON” (a beautifully stark serenade spontaneously recorded in his bedroom) to the electronically driven euphoria of “Without Falling in Love” (a high-energy anthem that took shape over the course of several years). Working with Alex Seguin at the production helm (another childhood friend), Raffoul constructed the latter track’s warped textures and brain-bending beats with a palpable sense of abandon. “Alex and I were roommates at the time, so we’d just mess around on that song whenever we felt like it,” says Raffoul. “We added so many layers, like ticking clocks and all these other strange noises, and ended up with something completely different from anything I’ve ever made before.”

A particularly poignant number for Raffoul, the harmony-laced piano ballad “It’s A Beautiful Life” offers a lovingly detailed memorial to his cousin David, who died suddenly in late 2017. “My family are all huge Minnesota Vikings fans, and a few months after he passed away there was a big game where a sort of miracle happened in the end,” says Raffoul, who created the song with producer Morten “Pilo” Pilegaard. “We’re all superstitious so we decided the miracle was David’s doing, and later that day I went over to Pilo’s house and recorded ‘It’s a Beautiful Life’ right then.”

Growing up in the small farming town of Leamington, Ontario, Raffoul first discovered his gift for songwriting at age ten, thanks in no small part to the influence of his father -- a musician who’s opened for legendary artists like Joe Cocker. “Music’s kind of like the family business,” says Raffoul. “My dad raised us on the Beatles, and everything just took off from there.” After landing that first truck-stop gig, Raffoul began playing at nearby bars and clubs, often driving into Detroit for shows. He eventually connected with a manager and moved down to Nashville to push forward with his music career. Soon after scoring a deal with Interscope Records, Raffoul delivered his darkly thrilling debut single “Driver,” then released his debut EP 1975 in 2018. Arriving in spring 2019, his sophomore EP Running Wild found him joining forces with leading producers like Greg Kurstin (a seven-time Grammy Award-winner who’s worked with Paul McCartney, Beck, and Adele), as well as collaborating with such boundary-breaking artists as singer/songwriter Julia Michaels.

Over the past few years, Raffoul has opened for heavyweights like Kings of Leon, X Ambassadors, and NEEDTOBREATHE, captivating crowds with his understated yet intensely passionate stage presence. He also recently finished his first-ever headlining tour of Europe, including an especially memorable gig in Munich. “That was maybe the best show of my life,” says Raffoul. “It was so cool to see people who speak a completely different language show up and sing every word to my songs.” Shortly after that sold-run European run, Raffoul embarked on a co-headline tour with Wrabel, during which he took the stage with just his guitar and drum pedals. Now gearing up for a North American headlining tour, Raffoul is taking Zuccato out on the road to generate a more massive sound while still maintaining an undeniable intimacy. “When it was just me and my guitar and pedals, I was trying to do as much as I could by myself but still make it sound big, and Justin’s of that same mentality,” he says. “With this next tour, our goal is to shock people with how much noise just two people can make.”

With each live performance, no matter the setup, Raffoul aspires to build a one-of-a-kind connection with his audience. “The last thing I want is to be on autopilot,” he says. “I’m always trying to show everyone in the crowd how lucky I feel to be up there, and how special every show is to me.” And as fans increasingly share their stories of how his music’s impacted their lives, he hopes to deepen that connection with the release of A Few More Hours at YYZ. “I really want this EP to take everyone on a journey,” says Raffoul. “I hope it creates a space for them to reflect on their personal experience and fit the songs into their own narrative. Because at the end of the day it’s really not about what the song makes me feel -- it’s about how people create their own attachment to the music and make each song their own.”