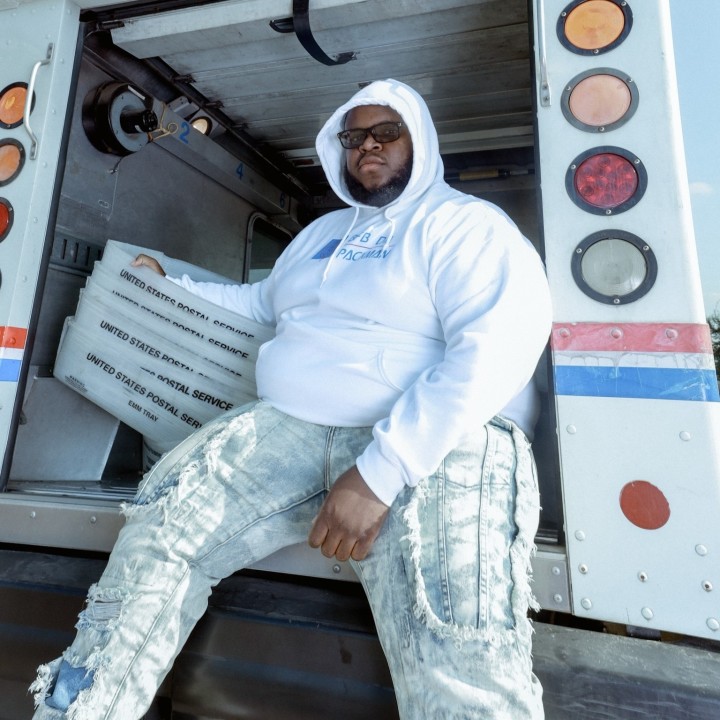 BfB Da Packman is a Houston-based recording artist born on the North Side of Flint, Michigan, in an area known to some as Selby Hood. Packman grew up with his mother, older brother, and stepfather. Now a household name thanks to his comedic lyricism, Packman attributes his charismatic personality, yet humble lifestyle to growing up in Flint. Albeit, Flint taught him to grind, Flint also shaped his persistence to make a way out. "Beautiful, ghetto, rough..," is how Packman described the neighborhood around Roselawn Dr. to SPIN in July 2020.

With a stout size since an early age, Packman received the nickname "Big Baby" from his cousin. The alias carried over as Packman pursued life in the streets. Heavily inspired by his days as a youth watching the Hot Boys on BET, Packman eventually changed his alias to "Big Fucking Baby (BfB)," a nod to Cash Money superstar Lil Wayne.

BfB Da Packman moved to Houston in 2015 to live with his family, and got a job at the post office to keep himself out of trouble, while making rap his new side hustle.

In June 2018, Packman released the official visual for "Snack Time," and by that Fall, Kanye West, Kodak Black, and YBN Almighty Jay all reshared the music video on social media. Roughly a year later, Packman dropped his irreverent visual "To Go Plate" where he continued his style of freestyle shooting with OShotYou, serving up plenty of meme-worthy moments as he danced throughout the mall food court, while serving his signature food of choice; donuts.

Following the release of his well-received, 2019 mixtapes "STD" and "God Blessing All The Fat Niggas," BfB Da Packman dropped a couple of loosies to start of 2020, leading up to his Sada Baby-assisted, breakout single "Free Joe Exotic." The video went viral on Twitter, garnering over 18 million YouTube views to date.

"He's a clear product of the Michigan underground, with a hard-splattering delivery and a wild, unstable energy," Tom Breihan of Stereogum commented in a recent feature.

The talk of the internet, BfB Da Packman embraces the jokes and criticism he receives on social media, but for those paying closer attention the Flint-bred rapper isn't all fun and games. BfB Da Packman is an outspoken ally for those living with HIV and between the more puerile rhymes, he will share unapologetically candid thoughts on his own upbringing: "My daddy mad I said he smoke crack in one of my songs/ Man, I don't give a fuck, you let another n***a raise your son," The Lunch Crew Company founder raps.

Learning everything from street smarts to how to tie his shoes from his stepfather, BfB Da Packman's hopes to still be a positive role model to his two sons, who serve as his primary motivation. They also play a huge role in why Packman encourages listeners and his peers in rap to be authentic with their message. In an interview with SayCheeseTV, BfB Da Packman responded to critics who questioned his trite style of dress and self-deprecating lyrics with "you can't judge someone that knows themselves."

It's that mentality, almost intrinsic to BfB Da Packman, that will surely play a vital role in his ascension in the music industry. With recent releases, "Fun Time" (feat Wiz Khalifa), "Honey Pack" and "Honey Pack Remi (feat Lil Yachty and DDG), Packman has set himself up nicely for a strong 2021 campaign. Follow his Instagram for more updates, and stay tuned for his upcoming album "Fat N***** Need Love Too" coming Summer 2021.