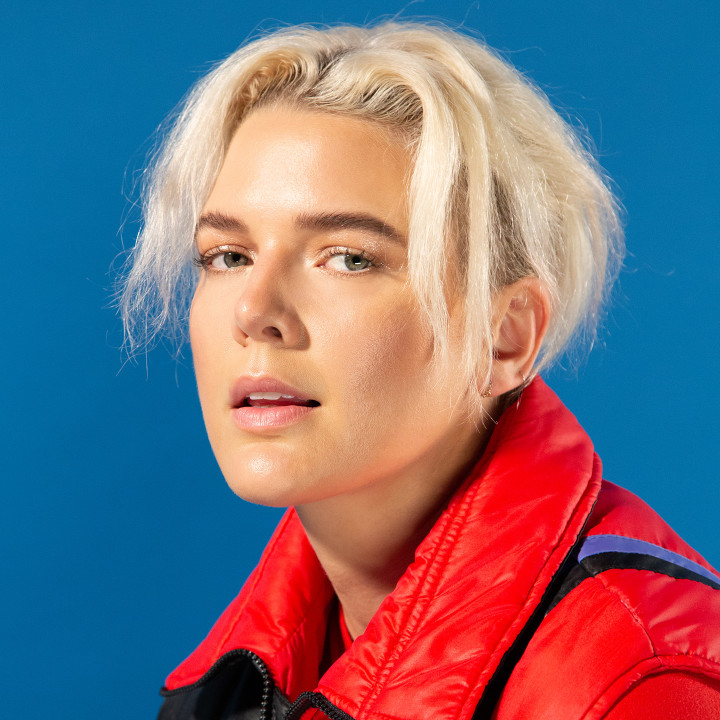 If you need to know anything about Australian-American pop trailblazer Betty Who, it's that she is a survivor. Born Jessica Newham in Sydney, Australia, the classically trained singer, dancer, and multi-instrumentalist has experienced practically every dimension of pop cultural visibility: going viral on the bombastic strength of 2014 single "Somebody Loves You," soundtracking Netflix's Queer Eye reboot with "All Things," forming deep ties with foundations like GLAAD and the Trevor Project, and becoming an LGBTQ+ icon due to her infectious, always-inclusive artistry. Moving from the rigid major-label machinery to rediscovering her power as an independent artist, Betty Who is primed to kick off her latest, most triumphant chapter on her fourth studio album, Big, which she wrote in its entirety. Together with longtime friend and collaborator Martin Johnson (Boys Like Girls), who also worked on Betty's 2014 debut Take Me When You Go, Betty explores self-love and acceptance on songs like "She Can Dance," the power of female friendship on "I Can Be Your Man," and career perseverance on the joyous "Blow Out My Candle." On Big, Betty sings with as much pop exuberance as she always has, but her latest -- and greatest -- is the most open-hearted and personal work she's ever produced.