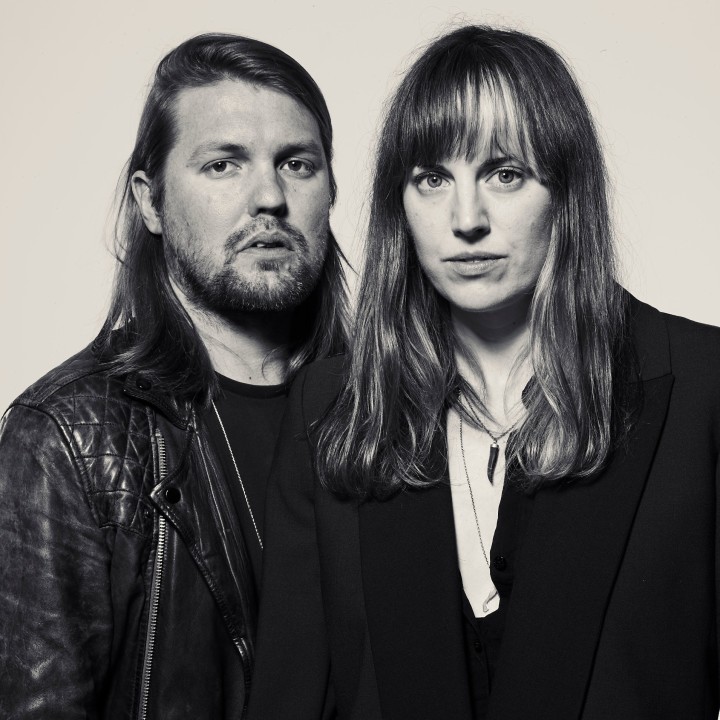 It takes only seconds of Band of Skulls’ fifth album, Love Is All You Love, to realise that they are no longer the band you thought they were. Carnivorous begins with a fanfare of synths, which lead into a pounding, throbbing dancefloor bassline, an Arabesque lead guitar figure, and electronic percussion patterns -- yet underneath it all there’s still a blisteringly powerful rock’n’roll band. “Carnivorous opened the window for the thought: What can we do now? What are we capable of?” says bassist and singer Emma Richardson. “It was the first step towards taking a risk, and it was an exciting feeling early on that led to the album going down this path.”

This path is one in which the best bits of the Band of Skulls who have established themselves as one of Britain’s most exciting and successful rock’n’roll bands are meshed with something new. The result is an album that doesn’t skimp on the force of overdriven guitars but combines the sounds of a live band with electronic programming and the pop genius of producer Richard X (M.I.A., Goldfrapp, Sugababes, Pet Shop Boys) to create a record that sounds like a band reborn.

That Band of Skulls was going to have to change was inevitable once drummer Matt Hayward told Richardson and singer/guitarist Russell Marsden he was leaving the group at the end of 2016, once they had finished touring their fourth album, By Default. “We became a songwriting duo,” Marsden says, “which has a completely different feel to being a songwriting band. We didn’t know what that felt like until it happened and it changed the dynamic of the creative process.”

Instead of three creative people in competition to push their ideas forward, Band of Skulls became more collaborative in their writing, with Richardson and Marsden bouncing ideas off each other from their respective home studios in Southampton through the first part of 2017 and embracing new ideas in their composition. “We started work using drum machines and different electronic ways to write,” Richardson says. Marsden adds: “We're singers and guitar players, so getting our hands on in that department was exciting and challenging. That was the beginning of this. I think the record's feel is different because we had to wrangle it out of something.”

In summer 2017 they teamed up with Richard X for sporadic sessions at Miloco Studios in London and set about the next phase. “By the end it was more of a collaboration than a traditional artist-producer relationship,” Marsden says. “It wasn’t forced -- it was very natural. And the best ideas won out.” The duo then went back to their home studios for a second wave of writing that produced some of the album’s standouts – “We’re Alive”, the title track, and “Cool Your Battles”.

But what they didn’t have was a Band of Skulls record -- they had a huge array of demos, and a load of electronic programming. The next step, in early 2018, was to go to Smokestack Studios in Nashville for live tracking, with Julian Dorio of Eagles of Death Metal filling in on drums. This wasn’t to finish the record, but to bring out the second element of Love Is All You Love: the rock band.

“We took the tapes back to London, without anyone knowing what they were going to be,” Marsden says. “There were some songs that had been really transformed in Nashville: Love Is All You Love got another level of soul with that human element, from not being so precise. And Sound of You really changed. Before it had a minimal electro drumkit, but Julian added something that really humanised it, and it an amazing subtlety that wasn’t there before.”

That was the traditional part of the production. “Everything else was not traditional at all,” Marsden says. “But it was important to us to have that layer in the record, and that live feel.” But the real alchemy was yet to come.

Back in the UK, the band teamed up again with Richard X (who hadn’t come to Nashville) where they set about taking the three sets of elements they had accumulated -- their home demos, their work at Miloco, and the Nashville band tracking sessions -- and combining them into a coherent whole. “It started out as trial and error,” Richardson says, “and then it transformed into a fully-fledged idea of combining the live and electronic elements.”

Richard X is credited as a co-writer on four songs (“Sound of You”, “Thanks a Lot”, “Gold”, and “That’s My Trouble”, which, oddly, is one of the album’s most straightahead rock songs), but it was his input across all 10 songs that gave the album its bright, shiny, accessible sound.

“That’s totally down to him,” Marsden says. “We’re lofi by nature. Everything we brought to him was lofi -- maybe uncomfortably lofi by his standards -- so that was his challenge. We were distorting synths and hiding huge modular synths under the basslines of some of the songs. Even in a rock song like “That’s My Trouble”, the guitars are treated like synths -- that’s the way he conceived it. In the end, the final feel of a record is down to the producer, but there’s an element that’s always the band that stays relatively consistent.”

Lyrically, Love Is All You Love is affected by our troubled times. “It influences you whether you like it or not,” Richardson says. “You get affected by the fear of it all and that sense of powerlessness. But there was a concerted effort not to make a depressing record about it all, because I don’t think anyone wants to hear a dark, depressing record about these times. We wanted to have that feeling of euphoria in song, because we weren’t getting it anywhere.”

So songs such as “Cool Your Battles”, “Love Is All You Love” and “We’re Alive” are more about finding unity and shared humanity than howling into the existential void. “We’re focussing on the positive,” Richardson says. “There’s so much, and people don’t often focus on the positive. I think that’s to our detriment sometimes. Music, as well as making you think, should entertain and uplift, as well as making a statement. It’s supposed to make you feel something, and if you can make someone feel better about interacting with other people, that’s a good thing.”

Love Is All You Love charts bold new ground for Band of Skulls: a tough rock’n’roll record with gleaming pop hooks; an album where melancholy and euphoria combine in equal measure. It’s an album that points a way forward, something the band themselves recognise.

“It's so important if you're working in any creative field to stop and look back and then put yourself under pressure to try something you've never done before, because usually that's when the best work comes, when you don't know what's going to happen next,” Richardson says. “If you try something you haven't done, it reveals what you could do in the future. If you take risks, you come up with more ideas -- things are flowing now, and we've already started writing the next album.”

For now, though, Love Is All You Love is something to, well, love.