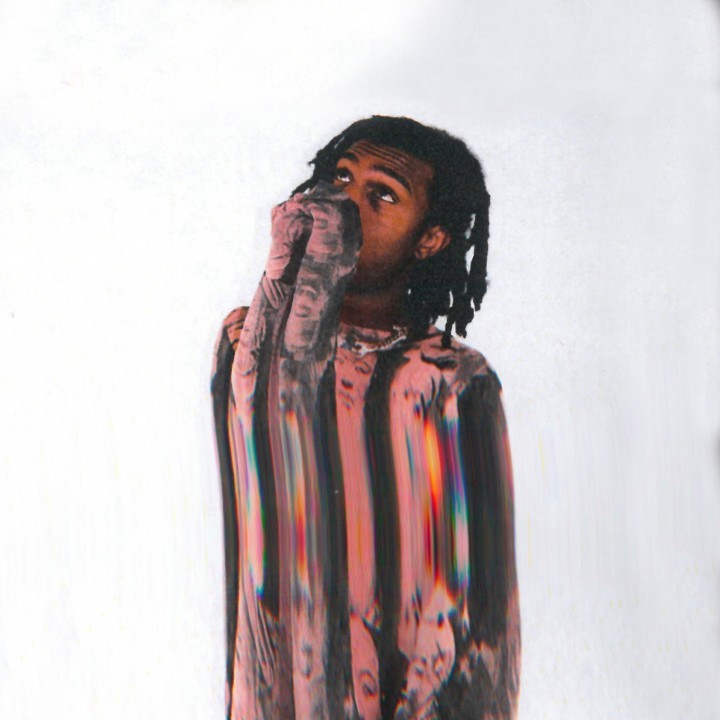 Bakar’s latest EP, Will You Be My Yellow, begins with him gently plucking away at a guitar, his part-sung, part-spoken words reverberating at bassy Leonard Cohen frequencies. “Yellow sky bathed in light, eyes so bright that I squint in your presence, the silver lining's ever-present, it gives me hope, sometimes, I need a message, sometimes, I need a rope.”

It’s understandable that the 26-year-old London native is feeling a little unsteady. The EP is autobiographical, written about the death of a close friend and life’s shadier characters. Recorded partly at Rick Ruben’s Shangri La studio in Malibu, it shows Bakar’s gift for bringing black comedy and outsider perspective to even the darkest moments. "On Stop Selling Her Drugs", an affecting, understated collaboration with hyped Florida rapper Dominic Fike, he sings “her boyfriend is a fiend, so he's got to go, thinks he Charlie Sheen, but this is London, bro.”

Until a few years ago Bakar life was an endless good time. A good-looking young man in London with friends in music, fashion and art. He’d go from lolling around Skepta’s studio while he was recorded Konichiwa to modeling for desperately cool art collective Brain Dead, to hanging out with A$AP mob. He walked the catwalk for Virgil Abloh’s Louis Vuitton and spent days crate-digging with Kanye producer Budgie.

Hanging out with some of his musical heroes, he never let on that he had always wanted to get in the studio himself. He’s cocky, with a dark sense of humour and a confident direct way of speaking - yet when it came to making that first step, he got nervous.

Then one day he locked himself in his room and took a sample from a Bombay Bicycle Club demo, looping it and working his lyrics in. He didn’t want his fashion-world credibility to affect the way people heard it, so he put it up on a completely anonymous Soundcloud. Within a month, the track had tens of thousands of plays with people online trying to work out who was behind them.

Once Bakar revealed himself and things quickly fell into place, first with the single "Big Dreams" and spikey post-punk indie track that and he released his debut mixtape Bad Kid, being heralded as a true genre-bending indie star. He had that lazy-Sunday sound of King Krule, coupled with a sense spikey choruses borrowed from the big turn-of-the-century indie bands like Bloc Party and MGMT. The press began singing his praises (The Guardian said he’d discovered “a fresh take on rock”) but Bakar felt uncomfortable with how he was being positioned.

“I felt the promo for Bad Kid was taking me further and further away from black people, from my people - which felt super uncomfortable. I’m black, I’ve had the black experience.”

Bakar’s upbringing is complex. He was born in Camden to Yemeni-Tanzanian parents. His home was “super religious” and he went to Arabic school as a young child, his mum hoping he would read the Quran. It was on those streets that he had an early taste of grime, making tracks at his youth club. He liked graffiti too, falling in with members of the infamous ATG crew. But he was a troublemaker - no big stuff, just a big mouth, always making mates with the older kids instead of studying for his exams. So at fifteen his mum sent him packing to boarding school in Surrey, he went on a sports scholarship, football and athletics. He played center-midfield: even then, the center of attention.

There his friends were listening to Bloc Party and Foals, music he says blew his mind. Bakar became obsessed not just with those bands artistry, but the culture of going to festivals and seeing music live. When school was over those words collided and his gangs started mixing. His in came to be so rich with influences: not just indie, but Joy Orbison deep house, R&S releases and Gorillaz Demon Days.

Perhaps the biggest impact on Bakar was that moment around 2007 when Adele, Jack Penate, Jamie T and Plan B all emerged, singing in their real accents, writing personal, funny songs. “These people were telling their stories, but had that side to them where there was sarcasm, playfulness and I loved that perspective.”

The songs on his forthcoming debut record pay tribute to that vein of classic songwriting, full of warmth and wordplay. He wrote many of them on the move: on tube trains or walking from place to place - he hasn’t had a phone for two years so he can always be focused on songwriting rather than social media. He took those scribbled notes initially to LA, to have some big-name sessions but there was too much of a good time to be had there, so instead he went to New York with his longtime collaborator Zach Nahome and entered the most furtive period of his life.

“If you’re first-generation British that’s all you want, to start a tree of success. When my son needs a job, I wanna be able to say, ‘yeah I got you’. I could have easily been born in Tanzania, had a whole different life. Now I’m here I just wanna spread the family tree. That’s the mission.”

For now, that means being not just an indie artist but a new kind artist, “I want to expand the idea of what counts as black music, because really it’s all black music.”

Bakar says making a record is therapy, each song you learn something new about yourself and he’s putting the picture together. He’s not the same man from one year to the next and he finds that thrilling.

He takes the example of his religion: he can still speak a bit of Arabic and recite passages from the Quran but says he’s not a practicing Muslim anymore. “But then my mum always says to me, ‘when you get into shit, when everything’s going downhill and you’re at your lowest point, what do you do?’ And she’s right, low key I will pray. I’ll go back to my 4-year-old self and say those things to Allah I was taught as a kid.” So what does that mean? “I don’t know what that means! I don’t know what I am but I love that, music comes from working it out.”