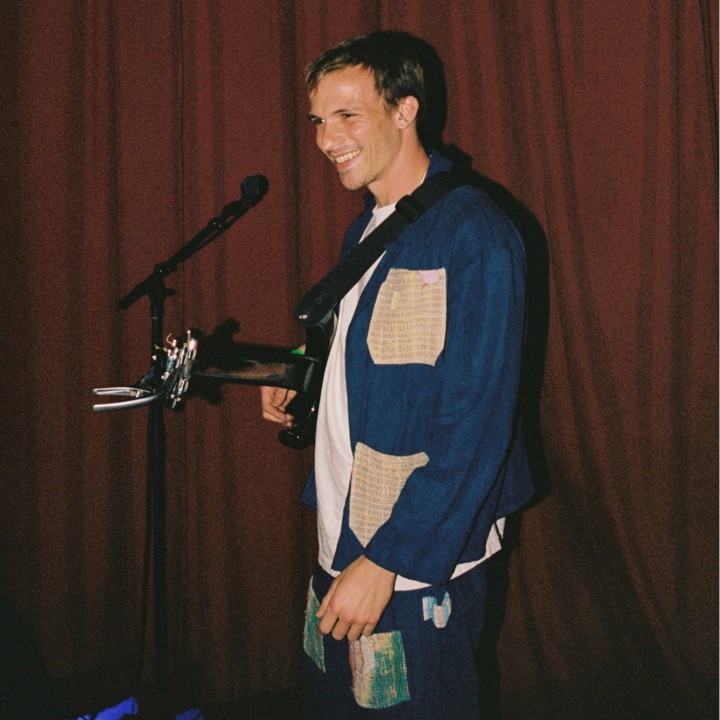 The notion of home lies in the music of the place for multi-instrumentalist, songwriter, and artist Baird.

Baltimore raised, he also finds comfort in Providence, Rhode Island (where he attended Brown University) and Mexico City (where he spent the better part of a year following graduation), before settling into his current community of Los Angeles. This locale-irrelevant idea of home allows Baird to revel in the aspects of music that are both scary and fun: performing, vulnerability in lyrics, and genuine experimentation. "Starting is such an important thing," he says, and then the fear melts away. "It has to be experimental. If I was just sitting down to write a pop song -- there's a lot of people better than me at that, so I experiment and let the song tell me what it wants to be."

After a childhood of rotating music lessons between piano and guitar, Baird initially formed an artist project under the pseudonym flybear that was rooted in his high school Ableton adventures and fervent Soundcloud digging. Despite streaming success and a deal with Big Beat (Atlantic), he found himself creatively stifled and chose to start fresh. Hoping to meld his own musical thesis with the electronic-based world he knew so well, it became clear Baird had to release music under his given name, as his new sound would be the most authentic representation of him as an artist.

His music today feels like a quiet rebellion against the constraints of what "electro-acoustic" music and "bedroom pop" have become in a post-Cosmogramma universe. As a producer and writer, his most recent collaborations include GRAMMY-nominated Arlo Parks, Brockhampton, Yendry, Berhana, and more. As a solo artist, he reaches back to childhood influences like Stevie Wonder and Talking Heads, as well as more contemporary picks like Panda Bear and Jai Paul to form the bedrock of his sound.

Baird always finds himself off the beaten path, open to all sounds, and taking in the universal messages all music has to offer. This collage style approach has been the driving force behind the BIRDSONGS trilogy -- "I'm putting craft into it, but the music is also a portfolio of where I'm at right now," Baird says of the trilogy, the final of which will land in March of this year. "I'm trying to have an honest representation of what I can do. It's an archive of where I leave the things I make, and they're made with the idea of trying to learn new things."

In 2021, he released "Darkness Of The Night" and "Easy On Them Turns," both buoyant and jubilant entries in his canon. While "Darkness Of The Night" is a softer track, the writing is deceptive in how it reveals its poignant themes. He cites a love of "fringe pop" and his parents' work as teachers as a source of his love of learning right on the track. In early 2022, he released "Lightning of July," the warmth of his upcoming record: leisurely but not downtempo, lighthearted but not lacking substance. Therein lies the Baird magic: a constant sense of discovery.

"The final era; the end of the chapter," he explains of BIRDSONGS Vol. 3. "It's the best writing, for sure, of any other project. It's also the closest thing to pop music I've made, but somehow also stranger than the previous stuff." The tape ties back into the very first volume with a re-worked refrain from the first track off Vol. 1, creating a "wrapping effect." Says Baird of the trilogy, "I want it to all feel like one experience."