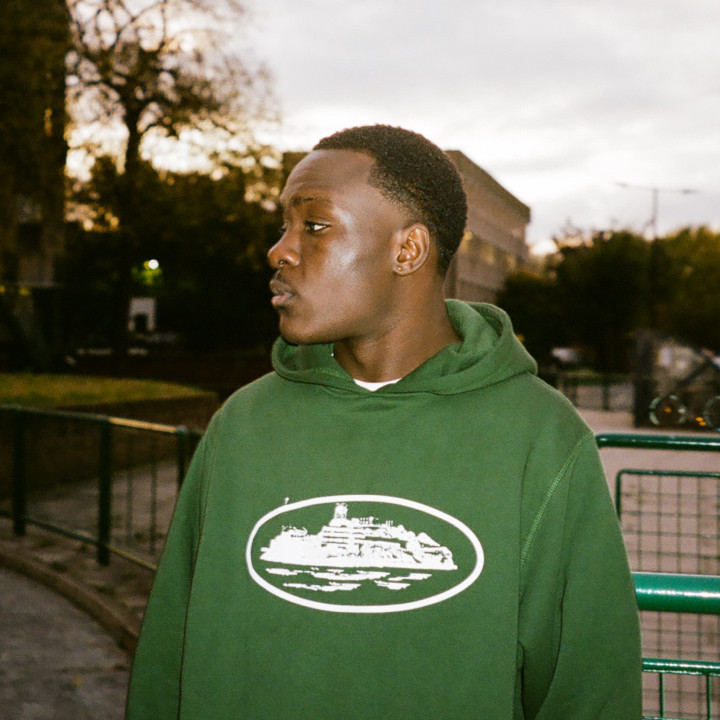 The fiercely up and coming ayrtn (alwyas spelt with a lowercase a) may still be in the building stages of his career, but has already forged himself an extensive catalogue of sonics of upbeat bops with a elements of trance, house and modern rap; consequently, he’s simultaneously on the forefront of the scene but still manages to remain an enigma.

Born to Congolese parents and raised in South East London, ayrtn started producing at the fine age of 12 for fun. Having great passion for music his entire life, he then began taking it to the next level between the ages of 16 and 17 as a producer. Making beat after beat and no one willing to produce vocals over them, he decided to start rapping over them himself and upload them to Soundcloud.
Through doing so, he started to see a small success through gaining recognition from worldwide listeners, friends and other artists.

Soon enough, ayrtn started uploading his tracks onto major streaming platforms, making his first impact releasing his original mixtape in 2018 entitled “FLIGHT07”. Featured tracks “EDGAR DAVIDS”, “COSY” and “GOAT” gained him more recognition because of the nostalgia and bouncy energy it brought. Popular mixtapes and singles like “Ghost…” (featuring “Alone”) and singles like “south”
which only made his mark more defined, achieving over 2 million streams on the two songs mentioned combined. “34HUNNID / FR”, his most recent dual single has gathered attention through his arguably his most unconventional choice of production & rap-style (barely a surprise).

ayrtn’s sonic is truly unique, his music built up of various layers. If you listen closely to his choice of beats and production, you will notice that it's not your cliche U.K. sounding beat. Instead, he chooses a more majestic and effervescent sound which ultimately contrasts with his deeper tone and flows. In regards to his production, he
is inspired by the more natural aspects of the world i.e. nature and greenery. Controlling and complimenting his beats are his wavey bars and flows, inspired from artists such as Kanye West and Kaytranada.

Lyrically, ayrtn is inspired by his life experiences and the people he keeps closest. ayrtn’s lyrics are diverse and charmingly braggadocious whilst his delivery is clean and sleek.

What’s astounding about the relentless progress ayrtn has made over these early stages of his career, is that he’s done it totally off his own back, using all the tools at his disposal as an entirely independent artist to rally the underground music scene behind him. The pure organic nature of ayrtn’s support signifies that ayrtn’s
momentum is most certainly going nowhere, only bigger and better.
We continue to watch him blossom as an musician and a personality who truly encapsulates what it means to be a holistic creative.