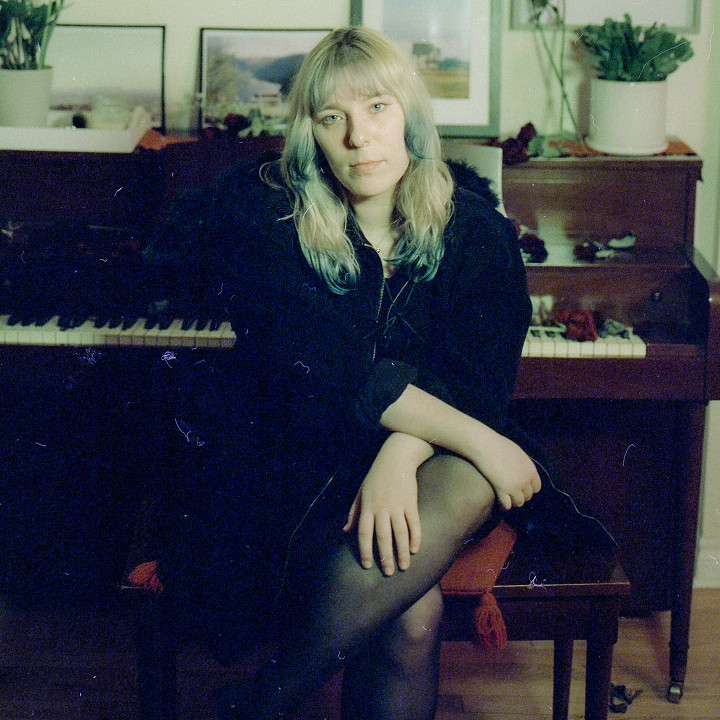 "I think I spend a lot of time trying to be like the cool, chill, calm girl," laughs fanclubwallet's Hannah Judge, "This album's kind of me being like, maybe I'm not cool, calm, and collected." The album in question, the one where Judge embraces freaking out and not being cool and chill about things is called You Have Got To Be Kidding Me. It's Judge's debut full-length, following a two year period of Bandcamp loosies and short EPs.

You Have Got To Be Kidding Me is a record about growing pains and turbulence. It's about deciding what you want to put up with, and what you don't want to put up with. Judge, who is now 22, started writing these songs two years ago, at the start of the pandemic. She had just broken up with her boyfriend, dropped out of university, and moved back home to live with her parents in Ottawa. Back at home, her goal was to work on comics (in addition to being a musician, Judge is a visual artist). Along the way, she started writing songs. She got more and more serious about it, enlisting a childhood friend to help produce, Michael Watson. She began to piece together the record's 12 songs, thinking about how to grow up and embrace feeling crazy, feeling real.

The album is authentic and alive. As a songwriter, Judge has a wicked sense of humor. She writes slacker bedroom rock, the kind of songs that sound best when you need to go on an extremely long walk to blow off steam. "I deserve to be/with someone who hurts me/So I'll spend all my time with myself," she sings on "Gr8 Timing!" with an air of ennui as staccato guitars build into drum machines and pop punk synth runs. It's ecstatic, tongue in cheek. The song is about a breakup, and how "Even people that everyone thinks are really nice can be mean too," says Judge, "Everyone has a mean streak!"

Tonally, a fanclubwallet song is like a Hop Along song, a Rilo Kiley song. You Have Got To Be Kidding Me is angsty and anthemic. These songs burst, explode in the sky like a backyard fireworks display. When Judge was writing these songs, she was listening to a lot of Tegan and Sara because she was also watching a lot of Grey's Anatomy. "Tegan and Sara are on every episode of Grey's Anatomy for some reason," she says. On "That Won't Do," the vibe is that of a night drive, a shotgunned beer after a weird interaction at a house party. The song lilts, with synthesizers that hiss like an old AM radio. Judge's vocals here are muted, she sings about splitting herself in two, about how her head feels like it's full of rocks. It goes back to that idea of feeling things to their fullest extent, and how sometimes, in order to change, you have to feel literally so bad.

You Have Got To Be Kidding Me is an introspective record, but it's also a collaborative one. As collaborators, Watson and Judge craft formidable, slightly off the chain rock songs. To finish the album, Judge received a grant that allowed the two to travel to Port William Sound, a recording studio in a remote part of Ontario. They'd spend 10 hour days recording, putting the final touches on the record in a place without distractions. The resulting record is hopeful. Like, ok, things might be bad, they could be better. Add some guitars, drums, let it all out. That's what happens on this record. On You Have Got To Be Kidding Me Judge freestyles about her feelings and grows because of it.