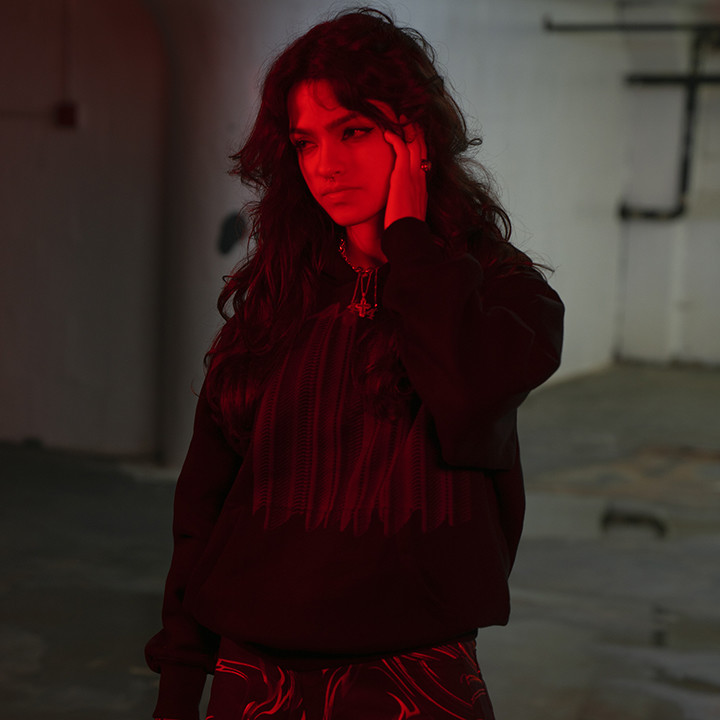 Hailing from Brooklyn, New York, Ari Abdul has forged her own brand of dark alternative pop. Music quickly became a second language for Ari Abdul growing up in Brooklyn. Her Ecuadorian mom loved Latin music while her Costa Rican/ Palestinian father introduced her to classic rock. Rounding everything out were her brothers who were all about hip-hop and metal. She graduated to electric guitar at 14 and started playing grunge songs inspired by Nirvana. But she was too nervous to share her work -- let alone her voice- with anyone. She had friends in choir, but that wasn't the musical direction she saw herself going. It wasn't until LaRosa's mom encouraged Abdul to create her own music in July 2021 that lite the spark to share her voice with the world.

She combines the reverb-heavy swells of your favorite shoegaze artists such as The Neighborhood and Lana Del Rey. Combining an array of visual and stylistic influences, Ari has cultivated a mysterious edge to her artistic endeavors. Earlier this year, she released her debut single "BABYDOLL" followed by the sped-up version "BABYDOLL (Speed)." Both versions garnered viral success with over 83M global streams, 400M TikTok views, and 420K TikTok creations.