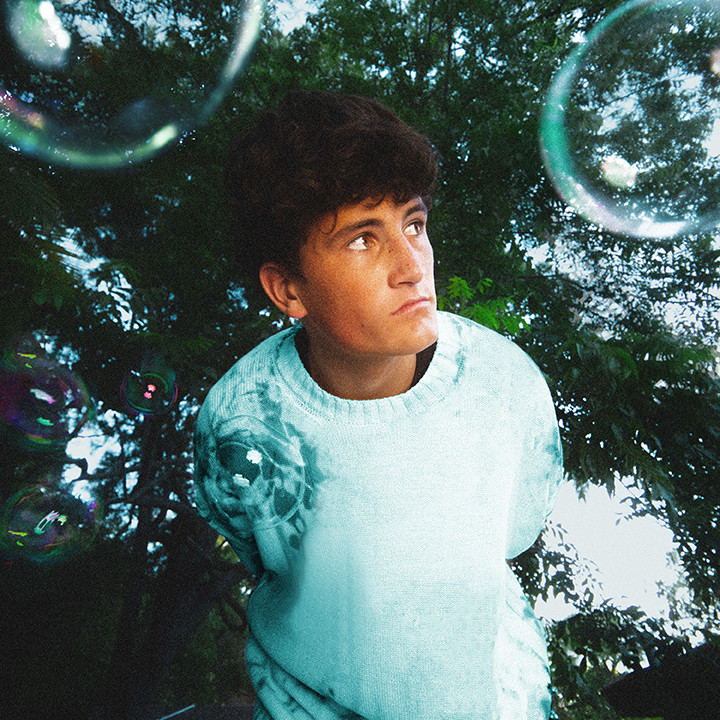 21-year-old Los Angeles-based singer, songwriter, and multi-instrumentalist, Arden Jones captures unforgettable, serotonin-filled California summers into a perfect blend of pop, hip-hop, and alt that, while familiar, is undeniably his own. His clever rhymes and witty lyricism paint heartfelt, relatable sentiments that beautifully juxtapose his infectious hooks and euphoric, nostalgia-inspired beats. From a young age, Arden's love of skating and surfing came second only to his love of music, successfully teaching himself to play an array of instruments including upright bass, mandolin, guitar, piano, and ukelele. His musical household introduced him to legends like The Avett Brothers, Bright Eyes, and 50 Cent, but it wasn't long before he began forging his own musical identity inspired by J. Cole, Kendrick Lamar, and Mac Miller. A prolific user of Garageband and SoundCloud, Arden posted his internet-beat smash "Parallel Parking" on TikTok at the end of 2020 where it caught the attention of newly minted label, vnclm_, and eventually into the hearts of 14 million Spotify listeners. Since the song's release, Arden continues to pave his own way into the music world. Following a series of hit singles (including rollercoaster, SMILE, either way) and performances to screaming fans across the country, Arden was determined to reward his die-hard fanbase in 2022, dropping a new three-song EP at the beginning of every month to immense critical acclaim. With millions of streams independently and an unrelenting work ethic, Arden Jones proves that he really is "just trying to make you smile."