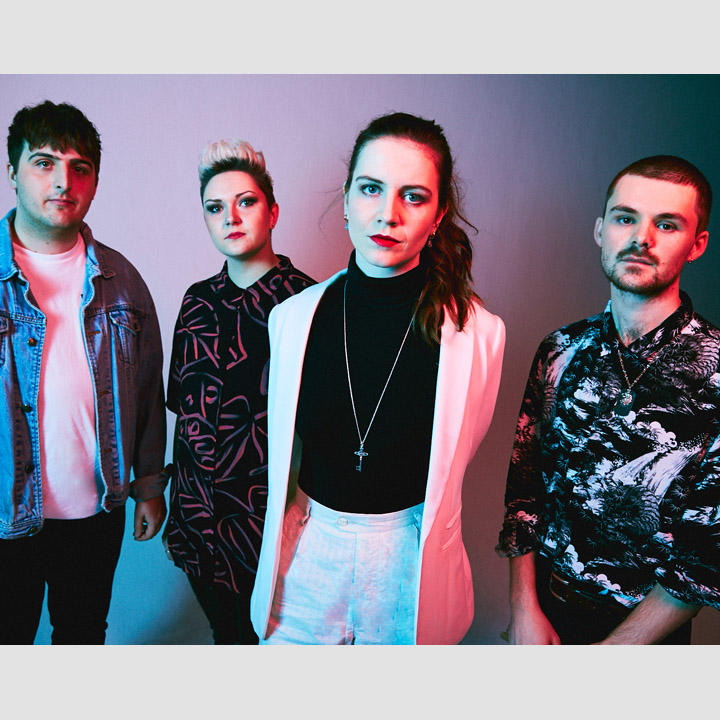 When you listen to Another Sky, it's probably Catrin Vincent's voice that'll catch your attention first. It is a weapon -- peculiar, androgynous, lurching and defiant -- that she wields to beautiful, evocative effect.

"We were all just drifting," says Catrin. But as soon as they found each other, something clicked. "We started by jamming, and songs would come out of just hours of jamming. Then I would put the melody and lyrics down. It's really collaborative, no-one's really in charge. I think that's the best thing about it."

Their varied but complimentary tastes helped create their inimitable sound. When they rehearsed, they would do so in total darkness which has become a big part of their live performance.

"I think it was just to place the focus completely on the music," says Catrin, "so it wasn't this spectacle of me being the singer at the front. We wanted to be anonymous, and just make it all about the music."

Channelling the brooding atmospherics of Radiohead and The xx, Another Sky's music is dark, cinematic and richly textured but with a little more bite and political charge.

"I just don't like apathy," says Catrin. "I don't like the idea that artists shouldn't talk about politics -- politics bleeds into everyone's lives. I don't see why you can't be an activist and an artist. Of course you can change things. The world is what we make of it."