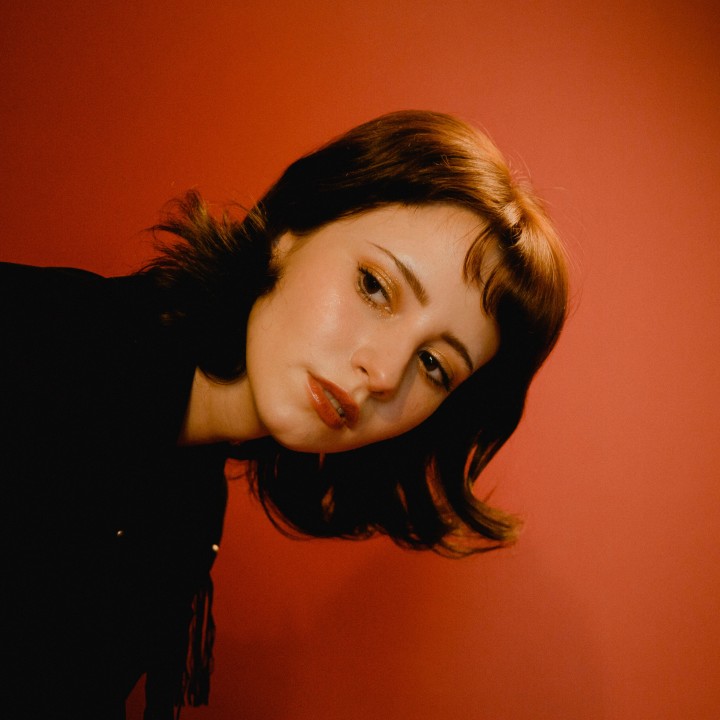 Although classically trained in piano from a young age, it was as recent as 2020 that Los Angeles born & raised singer-songwriter Anna Bates began to release music under her own name. After her track "Holy Smokes" went viral on TikTok, Anna packed up her Belmont dorm and moved out west to pursue a career in music. Shortly thereafter, she fell into a thriving community of producers, writers, and Artists, all of whom pushed Anna to dive head-first into her new path.

Inspired by artists such as Beck and Adrianne Lenker, the heart of Anna's work is her writing, of which she states "is just part of me, and who I am." Her natural ability to take the listener on a personal journey with her has caused hundreds of users on social media to compare her to the likes of Bob Dylan & Johnny Cash. Armed with just an acoustic guitar, she has amassed quite a dedicated following online.

Feeling all the support behind her gave Anna the confidence to dedicate the next several months to developing her debut EP. Teaming up with producers/writers such as James Flannigan, Joe Janiak, and Morgan Nagler allowed Anna to fully flesh out her vision. In her words, they "turned my stories into more than I ever could've hoped they would be." Combining elements of folk, country, pop, and indie, Anna tackles heavy subject matter through a lens painted with irony & humor. Of the EP, Anna states that "in this EP, you will find not only light-hearted story telling, but my struggle and battle with personal faith. It is both extremes of my life brought together. I believe that spirituality is a journey, a constant one, and a difficult one.... I am still on this journey, perhaps will be for the rest of my life, but I have learned throughout making this EP that it is not a journey to be afraid of, but one to dive headfirst into."

Slated for an early Q2 release via Neon Gold, Anna is excited for the world to hear her labor of love.