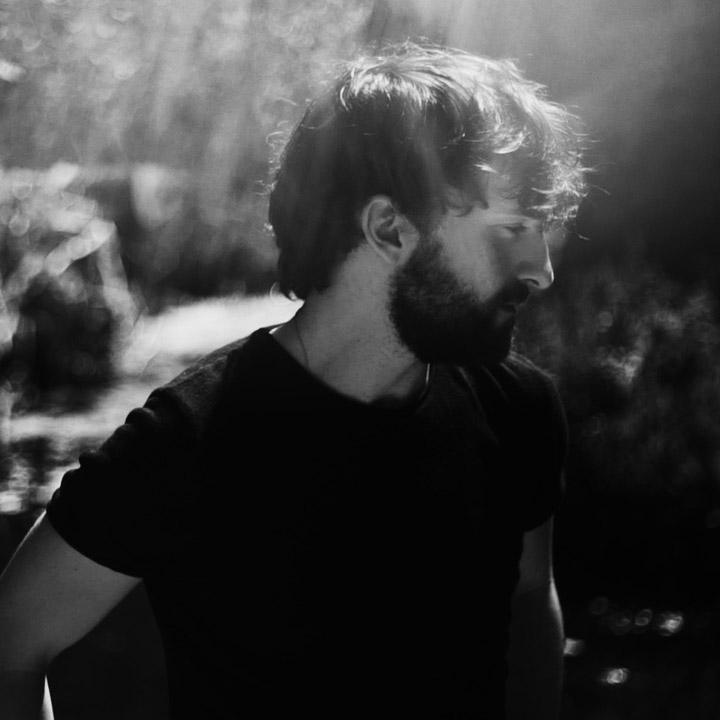 A quiet heartache threads through Angelo De Augustine's latest album, Tomb. It's a universal feeling, the kind that piles up over the years and yearns for resolution. Across this collection of songs, Angelo grapples with the past while searching for the best way to soothe an anguished heart. The album's title reveals these sentiments: "Throughout our lives we bury many dead things in our hearts and minds," Angelo says. "There they go to rest and hopefully are reborn as something beautiful for the world to behold."

For Angelo, who hails from the Los Angeles suburb of Thousand Oaks, writing and recording music at home has been his life for the past ten years, but that hasn't always been the case. He grew up as the child of studio musicians -- his father was a drummer and his mother a singer -- but his father left when he was five. When he was younger, Angelo saw music as something that spirited his dad away from their family. "I had no interest in music growing up and rarely listened to anything for pleasure. A big part of me was very against it for many years," he recalls. "I purposefully shut music out of my life."

As a teenager, he dreamed of being a professional soccer player and even reached the international circuit before being derailed by an injury that left him unable to play. Soon after, a friend of the family gifted him a guitar and his dedication to soccer was replaced with singing and songwriting. Though he would spend his late teens writing and performing, collecting gear and learning how to self-record in his bathtub with an analog reel-to-reel tape machine, it wasn't until his debut album, Spirals of Silence, that Angelo realized how transformative a song could be. His 2017 sophomore album and debut for Sufjan Stevens' Asthmatic Kitty Records, Swim Inside The Moon, affirmed Angelo's gift for intimate, emotionally raw songwriting. His sweeping, minimalist songs that steal into listeners' hearts have since piloted him to tours with Moses Sumney and The Barr Brothers, headline shows in the U.S. and Europe, and a spot opening for Stevens' Planetarium concert at Hollywood Forever Cemetery.

Here on Tomb, the songs emerged out of necessity. Last year on December 20th, the singer arrived at his mailbox to find a letter; the instigation of a breakup. "I started the album then and there and finished writing it on Christmas Day," the musician recounts. Two months later, Angelo flew to New York City to record at Reservoir Studios. The professional setting and working with his friend, renowned musician Thomas Bartlett (a.k.a. Doveman; whose credits include work on albums for Sufjan Stevens, Glen Hansard, and Rhye), marked a significant shift from his previous home recordings. Though they had allotted more time, Angelo and Bartlett recorded the entirety of Tomb in five days. It's a musical breakthrough for Angelo, and Bartlett's artful production spotlights his increasingly impressive songwriting. "Thomas is incredibly gifted at not getting in the way of the song," Angelo notes. "He has the amazing ability to add a lot and make it not sound like a lot." Bartlett adds, "Angelo is an enchanted creature, and a true artist. He seems to have direct, unfettered access to a place of wonder and beauty that most of us struggle to reach."

While Tomb was born from one recent moment of pain, the album expanded to explore years of loss and disappointment. Angelo has previously compared his songwriting to waking after a vivid dream, but here he writes about real events and real people for the first time, bringing a deep sense of himself into the quiet, delicately crafted melodies. Tomb opens with the title track, a hushed song that unlocks the sentiments of love found and lost, and the sweet, wistful "You Needed Love, I Needed You" attempts to reconcile possible past mistakes. The sneaky pop of stunner "Time" is a lovelorn examination of heartbreak and moving on, while "Kaitlin" widens the personal themes with a subtle lyric that references his mom's involvement in one of the best selling movie soundtracks of all time: the Dirty Dancing hit "She's Like The Wind," a song Angelo never fully came to appreciate until his own heartbreak. "It's a strange coincidence that I would invite someone into my life so similar to the woman being written about in 1987," the singer notes. "Something that I contemplate often is the similarity between this breakup and my father's choice to leave our family. In both situations, I had blamed myself and thought that if I showed them how much I cared, they wouldn't leave," he explains. "I will be the first one to admit the insecurities and fears I carry with me from my past. But I also know that it takes time and work to heal these kinds of wounds." These moments, which are both lovely and sad, are a reminder of how one can create beauty out of tragedy.

Ultimately Tomb reflects a beginning for Angelo -- both emotionally and in his career. It's a motion towards positivity, addressing lost love, the worthwhile cost of honesty, and the ramifications of regret. In the end, Tomb isn't about burying or hiding something away, it's about opening the seal and letting something new emerge. It's about telling people how you feel when you feel it, instead of burying everything over the span of years. Like the best heartbreak albums, Tomb transforms inward pain into universal beauty. The songs have helped him to heal and now they can help those who hear them. "This album is, at its core, a prayer for hope and clarity, and a prayer for love," Angelo says.