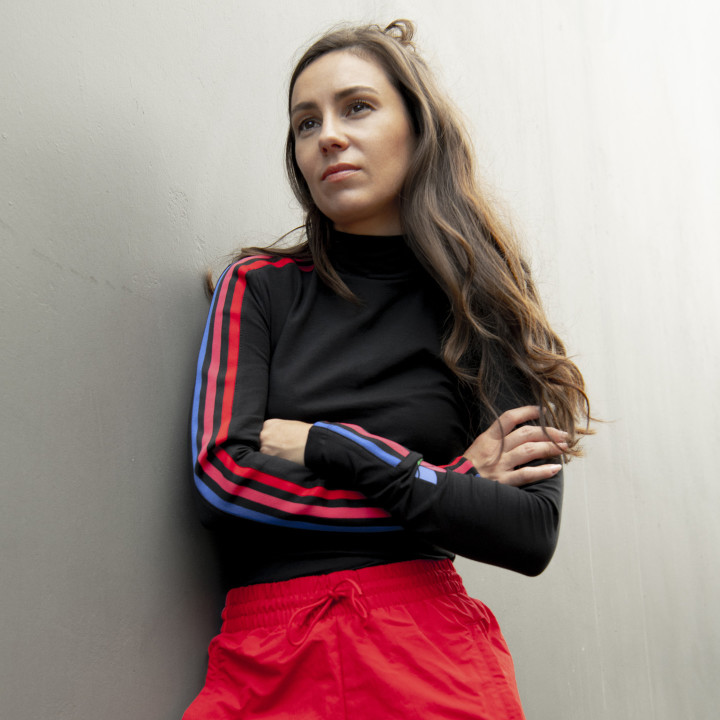 They say the key to success is often perseverance, and when it comes to the rise of Amy Shark, the statement could not be more true. After honing her craft and self-producing her music for years, Amy became a household name in 2016 with the release of her breakout hit, 'Adore.' The emotive single put Amy on the map as one of Australia's most formidable emerging songwriters. 'Adore' went on to achieve 5 x Platinum certification in Australia, a streaming count that surpassed 111 million and second place in the influential listener-voted 2016 Triple J Hottest 100. This was followed by 4 x Platinum and number one Airplay Chart hit, 'I Said Hi,' cementing Amy as an artist who not only had the ability to share her nuanced truths and connect with a wide audience, but was here to stay.

The album debuted at number one on the ARIA charts, and her 2019 2 x Platinum single 'Mess Her Up' dominated commercial radio and streaming services. With Love Monster, Amy scored nine nominations at the 2018 ARIA Awards and four wins, including 'Album Of The Year,' 'Best Female Artist' and 'Best Pop Release.' Amy has toured internationally and performed on several major US television shows including The Late Late Show with James Corden and The Tonight Show Starring Jimmy Fallon.

No stranger to the big stage, Amy has headlined many major festivals, along with winning over the 70,000 strong crowd at Fire Fight and wowing a huge audience at the NRL Grand Final. Amy's regional tour in 2019 picked up the ARIA award for 'Best Live Australian Act' and 2021 will see Amy hit the road once again on her biggest headline tour of Australia yet. "This is me properly hitting my stride," she affirms. "The next chapter will define me even more than Love Monster did."