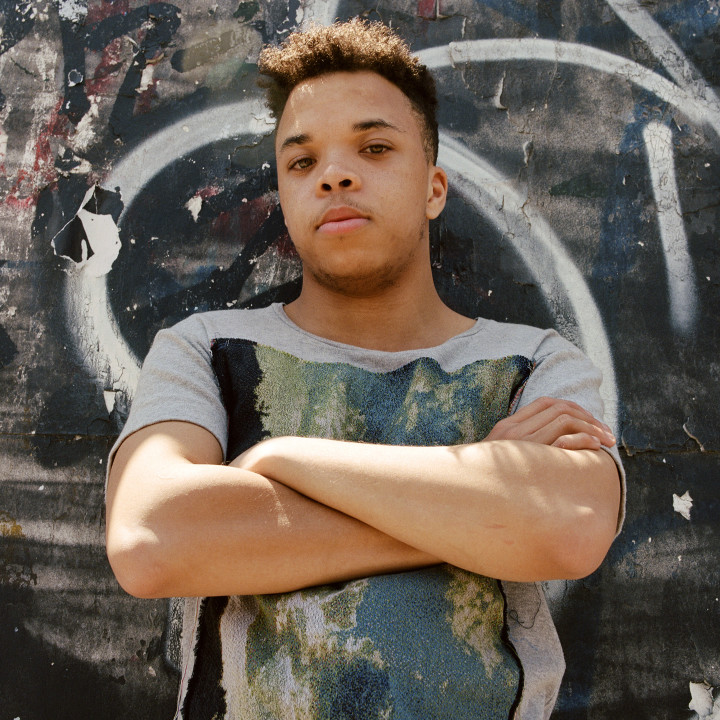 Amorphous, aka Jimir Reece Davis is a 23-year-old producer, filmmaker and allround superstar who grew up in Philadelphia listening to Luther Vandross, Marvin Gaye, James Brown, gospel and '90s R&B. He started beatboxing at the age of four. "I was starting to use my mouth as an instrument and producing music that way," he says. Jimir's obsession with film helped influence his ears. He listened to soundtracks by Hans Zimmer and Alexandre Desplat, pop by Britney Spears, Banks and Willow Smith and alternative bands like Nine Inch Nails, Radiohead, and Moderat. At the age of 16 he learned how to produce using Ableton. His career in the past five years has been a series of viral moments, including original remixes on Soundcloud, followed by a Beyonce and Jay Z mash-up album (Bey-Z) that received the attention of Complex and Billboard, a Rihanna 'Work'/Aaliyah 'Rock The Boat' mash-up that reached BBC Radio 1, and a Rihanna documentary that the superstar herself watched. In 2020, his life changed on Thanksgiving morning when he came up with 'Sunshine'; a mashup of Luther Vandross and Rihanna. Soon enough Fat Joe and DJ Khaled asked him to do an official version. Fifty million streams later, the rest is history.

July 7th marks the release of his debut EP 'Things Take Shape' which represents experimentation, the path to formation, the ability to explore different sounds, genres, and exercise versatility. The project comprises his production and collaborations with some of his idols including Brandy, Kelly Rowland and Kehlani as well as respected British hit mavens RAYE and Bree Runway. Other Highlights include a remake of CeCe Peniston's classic 'Finally,' with Kelly Rowland vocals blended with new vocals from CeCe with her original vocal samples. Amorphous rounds out the ep with The Flow, a freestyle collaboration with emerging Chicago rapper KOH who is an undeniable new talent.