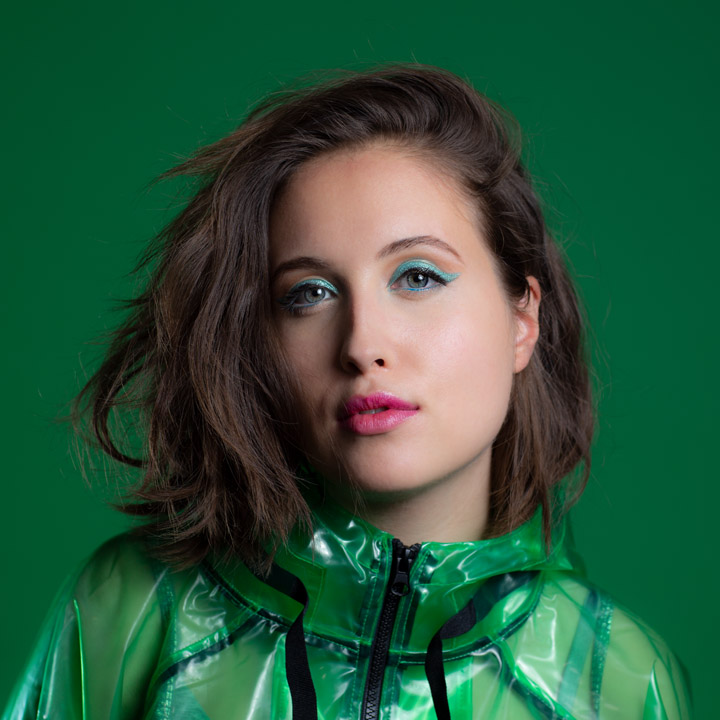 Your first single -- the only song you've ever released -- goes to No. 1 and explodes into an international smash; what do you do next? Well for one thing, you release more songs, but for Alice Merton, the breakout success of "No Roots" ignited a madcap run of transcontinental gigs, interviews, and television performances; all the while, she was writing and recording songs towards her debut album whenever she got a sliver of free time. Alas, the payoff is finally here: the debut album MINT is due Jan. 18 via Paper Plane Records Int.. For Alice Merton, the whirlwind story is in the songs.

"Some talk about growing up and moving around a lot," the English-german artist observes, "But a lot of others discuss the struggles we've had with starting a label, the feeling of trying to prove yourself to everyone." While studying at University of Popular Music and Music Business, Alice Merton founded Paper Plane Records Int. with her best friend and manager Paul Grauwinkel, while crafting songs alongside co-writer and producer Nicolas Rebscher. Label and radio reps scoffed at "No Roots" -- It's a minute too long! Take the guitars out! -- but by the time it topped Billboard's Alternative Songs chart in the U.S., hit the Top Ten in further 9 countries, streamed more the 300 million times and sold over a million units which ultimately helped her go platinum in seven countries, naysayers turned to supporters.

As with "No Roots," infectious bass grooves pump energy throughout MINT, where Alice Merton's versatile, elegant vocals and autobiographical lyrics offer earnest advice and jolts of ambition. The anthemic "2 Kids" salutes the early days pounding the pavement with Grauwinkel; "Funny Business" enlists producer John Hill (co-producer and co-writer of Portugal. The Man's "Feel It Still") for a clap- along joyride rivaling the charisma of his 2017 smash; "Why So Serious," Alice Merton's latest single and most pop-friendly track to date, shimmies circles around the industry bummers that still can't bog her down. "I kept getting asked in interviews, 'Do you think you're gonna be a one-hit wonder?'" Alice Merton remembers. "I went into the studio and said, 'Music is supposed to be fun! We don't write songs to be hits, we write songs so we feel good.'"

Regardless, she's safe from that one-hit distinction and with extensive touring and one of 2019's standout debuts on the way, Alice Merton's metamorphosis from Hype Machine and Shazam sensation to bona fide stardom is starting to... take root. "It feels really relieving," she affirms. "I'm very excited we can finally put these songs out and even start working on the next chapter."