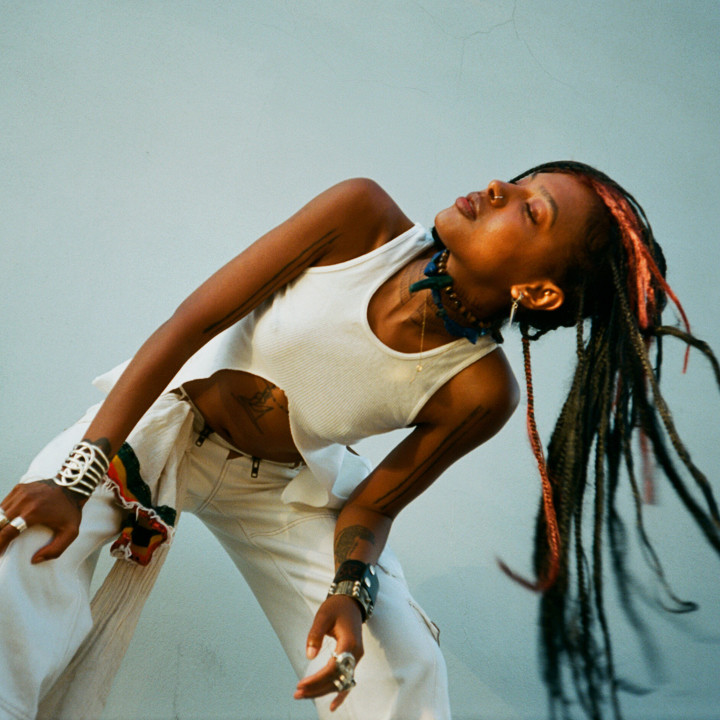 A singer, musician, painter and sculptor of Ethiopian and Egyptian heritage, Alewya grew up in West London listening to Arabian and North African music, rock, dub and jungle. These inspirations come together in Alewya's sound: a raw, renegade blend of the devotional rhythms of East Africa and the funk 'n' grit of Black Britain. Working with producers Shy FX, The Busy Twist. Dean Barrett and Craig Dodds, Alewya co-wrote and co-produced her 2021 debut EP 'Panther In Mode,' releasing on Because London Records; singles 'Sweating' and 'Play' introduced her, followed by the Carnival-ready 'Ethiopia' and intense 'Jagna'; the former was broadcast as part of the COLORS YouTube series, the latter lifted up the crowd at Glastonbury's BBC Introducing stage in 2022. Inspired by fearless Black artists like Fela Kuti and drawing from her mother's Ethiopian heritage, Alewya -- whose name translates to "the highest" in Arabic -- is becoming a commanding performer. Adorned with her paintings as tattoos, she moves between grunge rocker, junglist raver and powerhouse frontwoman with captivating ease. After supporting London rapper Little Simz and Bristol punks IDLES on tour, Alewya has her sights set on greatness: "The next phase is more wild," she says. "I won't hold back."