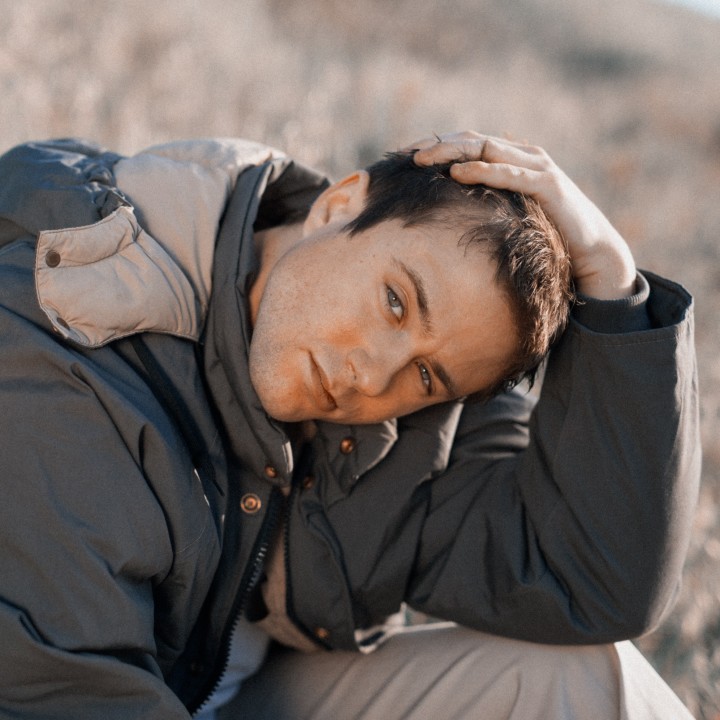 The sophomore album from singer/songwriter Alec Benjamin, (Un)commentary came to life through a relentless questioning of the world around him: the pressures and disappointments of adulthood, the indignities of social-media addiction, existential anxiety and angst, and countless other manifestations of what he refers to as "raw human nature." In the tradition of pop-minded troubadours like Paul Simon, the 27-year-old artist transforms his observations into immediately catchy and heartfelt songs that leave an indelible imprint on the audience -- a talent evident in hits like his double-platinum breakthrough single "Let Me Down Slowly." Building on the undeniable promise that prompted Time to hail him as "a pop storyteller for the next generation," Benjamin ultimately reinforces his rare gift for crafting emotionally honest music that challenges the mind.

"My favorite songwriters are the ones who give their perspective on the issues of the moment, in a way that's nuanced and unique but that doesn't exclude or alienate anybody," says Benjamin, who lists Bob Dylan and Leonard Cohen among his key inspirations. "Their songs have always made me think, and my main goal in life is to do the same thing with my music."

Over the past few years, Benjamin has proven the tremendous impact of that approach, particularly in his massively crowd-pleasing live show -- a high-energy affair in which his fans routinely scream every lyric back at him, creating a party-like atmosphere. To that end, he's sold out every headlining tour he's embarked on so far and taken the stage with such superstars as John Mayer. Although he's also gained major traction in the pop world -- including touring with the likes of Camila Cabello and enlisting Alessia Cara for a Billboard Hot 100-charting remix of "Let Me Down Slowly" -- Benjamin's music exists entirely outside the context of pop formula and trends. "In production there's a lot of fads that don't necessarily stand the test of time, and I want to make songs that will still have utility after I'm dead," he notes. In keeping with his aversion to artifice of all kinds, (Un)commentary unfolds in an understated yet finely detailed sound that spotlights his insightful lyrics and infectious melodies. Made in collaboration with producer/songwriters like Nolan Lambroza (Carly Rae Jepsen, Kehlani) and Sam Roman (X Ambassadors, Lewis Capaldi), the album also builds a potent tension between Benjamin's ineffably sweet voice and the incisiveness of his songwriting.

"I think my generation has a lot of valid criticisms of everything that's happening in our country and in the world right now," says Benjamin of (Un)commentary's essential narrative. "The question is: are we going to tear ourselves apart, or are we going to leave this place better than we found it? We all have that choice to make, so what are we going to do?"

All throughout (Un)commentary, Benjamin composes his lyrics with an uncompromising clarity but never lapses into cynicism, infusing every song with an irrepressible hope. On "Older," for instance, he delivers a heavy-hearted meditation on the anxiety of aging, brightening each line with his effervescent vocal work. "I think one of the reasons I became a songwriter is to avoid the responsibilities of a stereotypical adult life," says Benjamin, who co-wrote the track with Charlie Puth, OneRepublic's Ryan Tedder, and Zach Skelton (Paul McCartney, Ben Platt). "'Older' is about how, even if you can avoid some of those responsibilities, you can't avoid them all -- you hit certain milestones and realize you've put a whole chapter of your life behind you."

In its intimate exploration of the human experience, (Un)commentary also offers up songs like "Shadow of Mine," a moody and mesmerizing piece that speaks to the futility of trying to outrun your demons. "That song came from something my mom has always said to me: 'Wherever I go, there I am,'" says Benjamin. "A lot of the time you think your problems are the product of your environment, when in reality they exist inside you. That really came to light during the pandemic, when my friends and I were going through some stuff and blamed it on being stuck in one place -- but then when we tried going somewhere else, all our problems just followed us there." On "Deniro," Benjamin presents a tongue-in-cheek yet wholly sincere study of envy and self-acceptance, stating his intention to be "the hero of the zeroes." "When I first started making music, I had this quiet contempt for people who'd already found success," he says. "'Deniro' is about how you don't get to choose the hand you're dealt -- but you've got to play it anyway, because this life is the only chance you get." Meanwhile, "Nuance" makes for one of the most ingenious and moving moments on (Un)commentary, a bittersweet lament for the loss of curiosity that often accompanies growing up. "When you're younger, there's much more freedom to ask questions and explore everything around you," says Benjamin. "But then as people get older, they get so busy with work and kids and other problems that it's just easier to paint with a broad brush and not really dig into the details. I wanted to write a song that personified the idea of nuance and talked about how losing that nuance changes the way we interpret the world."

Elsewhere on (Un)commentary, Benjamin looks outward to the issues affecting our culture on a larger scale. An irresistibly urgent track driven by kinetic hand percussion and cascading guitar work, "Hipocrite" vents his frustration at the type of people who "went to fancy schools but the only thing they learned to do is talk." "With the advent of social media, it's become hip to preach about what everyone else should be doing and how they should be living their lives," says Benjamin. "The problem with that is no one has to broadcast the moments when they fail to practice what they preach -- it's really easy to talk the talk, but that doesn't necessarily mean you're walking the walk."

From song to song on (Un)commentary, Benjamin displays a poet's capacity to mine immense feeling from the most intricate details -- a skill befitting of an artist whose earliest aspiration was to inspire high-school kids to obsessively scrawl his lyrics all over their notebooks. Mostly raised in Phoenix, he first realized the transformative potential of songwriting upon studying Harry Chapin's "Cat's in the Cradle" at summer camp at the age of 12. "I was reading the words in the songbook and thought, 'This song is a really deep commentary on the father/son dynamic and how that plays out,' which made me reconsider my relationship with my own dad," he recalls. Within a few years he'd taught himself to play guitar, and soon began traveling to L.A. and the U.K. for songwriting sessions -- a turn of events that led to landing a first record deal while still in his teens. After that deal dissolved, Benjamin started playing DIY shows in the parking lots outside Shawn Mendes and Troye Sivan concerts, drastically expanding his following and signing with Atlantic Records in early 2018. That November, he made his Atlantic debut with Narrated for You, a gold-certified mixtape that includes "Let Me Down Slowly" along with hits like "Water Fountain" (a heart-on-sleeve song praised by the likes of New York Times chief popular music critic Jon Pareles). Released in May 2020, his full-length debut These Two Windows furthered his reputation as a highly original songwriter, with Billboard stating that Benjamin "succeeds in making the matter distinctive by how much his lyrics read like a heart-to-heart conversation -- almost as if you're sitting with him in a living room at 3:00 a.m. after a night out, and he's pouring his soul out to you."

A truly restless creative mind, Benjamin recently undertook the monumental task of re-recording all of (Un)commentary in Chinese. "I started learning Chinese in sixth grade, and translating my songs is something I've always wanted to do -- it's just a way to get through to more people," he says. And in the spirit of forging connection, Benjamin hopes that (Un)commentary might provide others with a sense of solidarity in chaotic times, and possibly inspire them to live a more examined life. "At the end of the day, I don't really know that much -- all I know is that it's good to ask questions," he says. "It's good to reflect and say to yourself, 'Is this okay? Is this what I should be doing?' More than anything, I hope that people pay attention to the questions I'm asking on this album, and maybe stop to look inward and ask themselves questions too."

Having come a long way from the days of promoting his music in parking lots of concert venues, singer-songwriter Alec Benjamin ended 2021 by playing to sold-out crowds across North America. With him, Alec brought on the road an already impressive resumé having reached 4B+ global streams, 10M+ social media followers across his platforms, 70M+ in playlist reach, and 1B+ YouTube views on his channel.

Following successes such as "Let Me Down Slowly" (Double-Platinum), "Water Fountain" (Platinum), and "Oh My God" (Gold), the self-made storyteller looks to continue to prove himself as, what TIME calls "a pop storyteller for the next generation." With new tracks such as "The Way You Felt" and "Older" which have combined for over 50 million streams, Alec delivered powerful performances of each song on The Late Late Show with James Corden and The Tonight Show with Jimmy Fallon respectively. Alec looks to continue his retrospective run of new music into 2022 and show his fans and the world, why PAPER Magazine hailed him as "a storyteller who's mastered the art of turning everyday heartbreak into compelling pop songs."