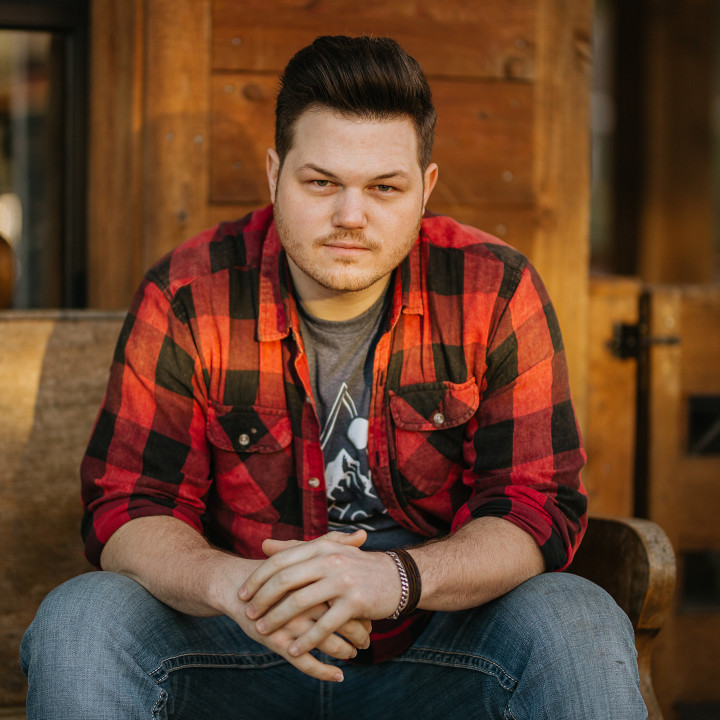 Born and raised in central Oregon, the first years of AJ's life were spent touring the Pacific Northwest with his family sharing gospel music. He began recording at age 3, had his own band at age 10, and has been moving forward with his music ever since.

While still living in Oregon, songwriter, Tim Johnson ("I Let Her Lie" by Daryle Singletary, "God Only Cries" by Diamond Rio, "Do You Believe Me Now" by Jimmy Wayne...) took AJ under his wing (age 21), and said "I'd put you in the top 2% vocally in Nashville and if your serious about your music, you need to move here." A few months later AJ packed his truck and never looked back. AJ was quickly given the stage at the legendary Bluebird Cafe by heavyweight singer/songwriter, Bernie Nelson (cuts by Conway Twitty, Chrystal Gayle, Trace Adkins, Kenny Chesney, Wynonna, Pam Tillis, Mark Wills, Oak Ridge Boys, Collin Raye... to name a few). Bernie has been known to recognize and champion, raw, undiscovered talent (Garth Brooks, Kenny Chesney...). Bernie says "There will always be a place in country music for new artists to catch the wave of others and ride it for a short while and gain illusional success. AJ Kross will not be one of those entertainers because a singer sings songs, while an artist interprets life through words and music. AJ Kross is an artist."

AJ's 5 song debut EP, "People Gonna Talk," has people doing just that. Whether fans are commenting on his tone, delivery or the live sound, we believe your going to love this "New, Old Country Music" produced by two of Nashville's most thorough and talented producers, The Time Keepers. Steffon, of The Time Keepers, says "AJ Kross is one of the best natural singers I've come across in my 15 years in Nashville. He makes melody sound effortless. But what separates AJ the most is his self-awareness artistically. He knows who he is, what he has to say, and how he wants to say it." Another recent quote by producer/song writer Jeff Anderson, "AJ has one of the best voices to emerge from Nashville in a good long while, I'd describe it as, 'Honey poured over thunder.'"

AJ has pulled influence by Dierks Bentley, Johnny Cash, Blake Shelton, Colin Raye, and even further back to rock groups, Anberlin, Emery and many others in the experimental genre. He is currently traveling with country legend, Tracy Lawrence.

Head on over to iTunes, Amazon, or any other site and get some new music stuck in your head!