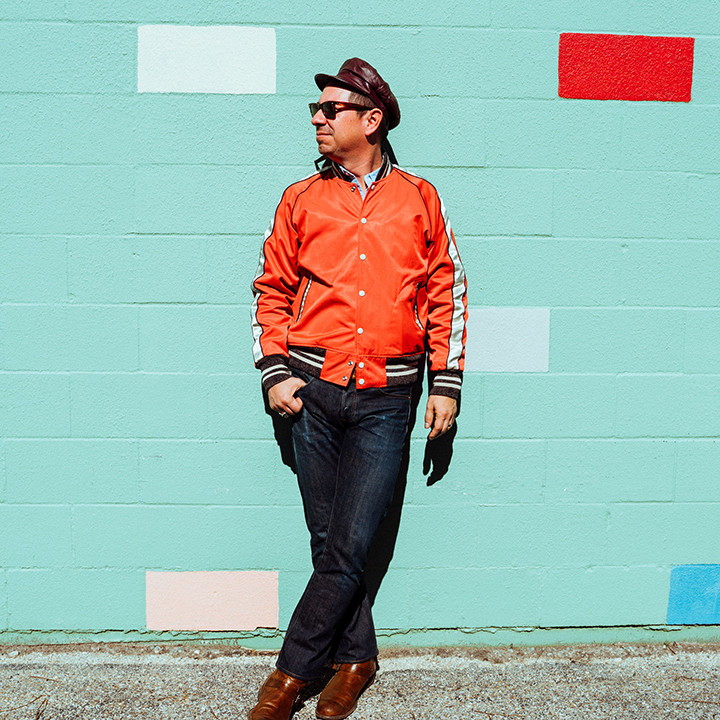 Grammy-winning producer Adrian Quesada is an adventurous musician best known as the co-founder of the 7-time Grammy-nominated psychedelic soul band Black Pumas. A lifelong Texan, Quesada's deep musical history has seen him producing and performing in projects spanning funk, soul, psychedelia, and diverse strands of Latin music. His most recent projects include Boleros Psicodélicos, a collaborative album recapturing the sound and feel of romantic Latin ballads of the '60s and '70s with features by iLe (Calle 13), Money Mark (Beastie Boys), Gaby Moreno, and more, and Jaguar Sound, an instrumental album that honors his foundational inspirations of hip-hop and cinematic scores

Quesada's prolific career has seen him collaborate with the likes of Prince, Los Lobos, and Wu-Tang Clan's GZA, and has been a member of such eclectic bands as Grammy-winning Grupo Fantasma, Brownout, and Ocote Soul Sounds.

Additionally, Quesada is a heralded composer in his own right, scoring numerous projects including the critically acclaimed At The Ready -- named one of the Best Films at Sundance 2021.

Quesada also runs Electric Deluxe Recorders in Austin, TX -- the studio where Black Pumas and numerous others have recorded.