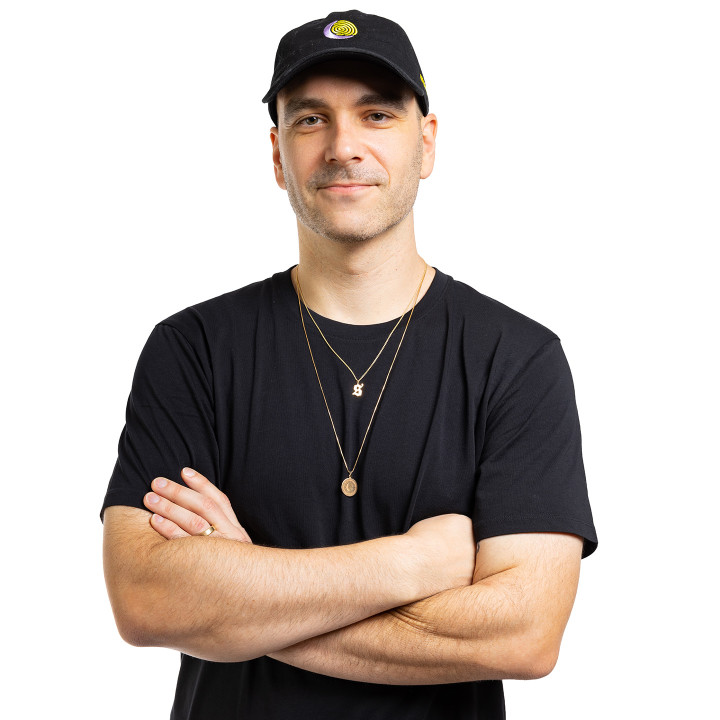 For more than a decade, AC Slater has been at the forefront of a scene he helped create. A name synonymous with cutting-edge, quality bass music, AC Slater and his pioneering Night Bass label have pushed musical boundaries and entertained an ever-growing army of fans around the world, releasing some of the scene's most enduring, genre-defining records along the way.

The last couple of years have been huge for AC. 2022 kick started with a sold out North America Tour alongside the prolific Tchami. The two label heads brought Confession VS Night Bass to 10 cities and over 40,000 fans. They didn't stop there and threw in a 10 track compilation album for good measure, that included artists such as, BIJOU, Shift K3Y, Blossom as well as their collab Only One with UK vocalist Kate Wild.

AC joined forces again with longtime collaborator Chris Lorenzo in 2019 for an ID track that the fans ended up naming Fly With Us. The collaboration grew into an underground anthem during the pandemic and was finally released on Night Bass in 2021. A legendary back to back set closing out the main stage at EDC Las Vegas in 2022 inspired the "Fly With Us" event series. The synergy just kept on rolling when Slater and Lorenzo announced the "Fly With Us" show at The Shrine in Los Angeles in November 2022.

AC Slater's relentless international touring schedule has allowed him to push his sound globally while maintaining a constant presence on his home turf at iconic festivals and venues such as, Coachella, Red Rocks, EDC Las Vegas and Lollapalooza. Aside from his dominance in the US, over the course of his career AC Slater has had several international headline tours and major festivals across Australia and New Zealand, Asia and Europe.

With Night Bass stepping into it's ninth year, it's a given that he'll continue to be responsible for some of the most groundbreaking and forward-thinking bass-heavy dance music in the underground for the foreseeable future.

AC Slater and his pioneering Night Bass label are synonymous with cutting-edge, quality bass heavy house music, and are responsible for some of the scene's most enduring, genre-defining records. With a main stage set at EDC Las Vegas in 2022, AC Slater went back-to-back with Chris Lorenzo and showed over 100k ravers exactly why his sound, his style and his collaborations are untouchable. A sold out North America tour with Tchami, a run of festivals over the summer including Beyond Wonderland and Electric Zoo, and the first headline "Fly With Us" show (the brand/music collab with Chris Lorenzo) at The Shrine LA in November, it's safe to say AC Slater is owning 2022.