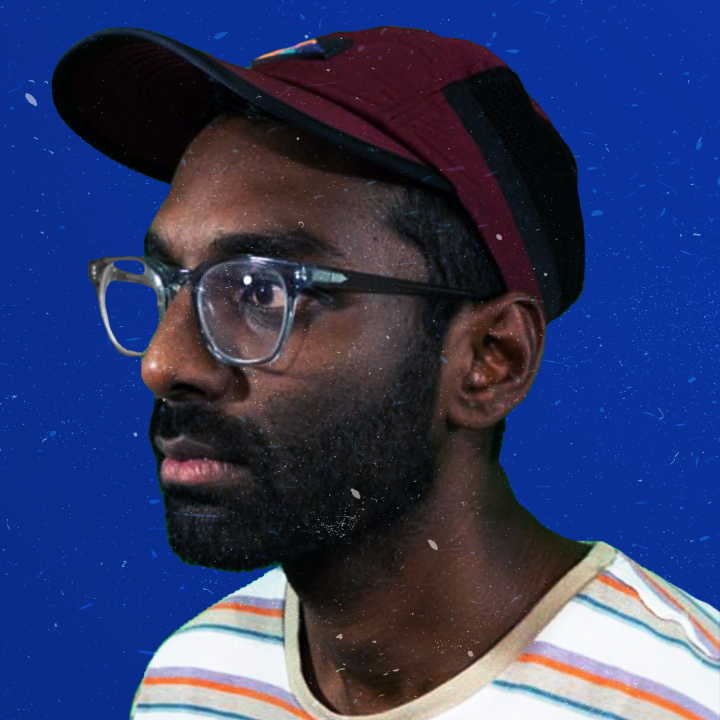 Abhi The Nomad is finally planting roots. After spending much of the last few decades in constant motion, the Indian-born rapper and singer now finds himself in uncharted territory, settling down, getting married, and carving out a permanent home for the first time in his life. While you might expect the walls to start closing in on a restless soul like Abhi any minute, the truth of the matter is that he's never felt freer, and the result is his sly and self-assured new album, 'Abhi Vs. The Universe.'

If that title sounds more like a videogame than a record, well, you're not far off. Abhi's created an entire virtual world around the collection, one in which his fans will be able to unlock tracks by helping him navigate the music industry and level up through various challenges. By journey's end, they'll have their hands on the wildly creative 27-year-old's most ambitious and fully realized work to date, a clever, probing exploration of love and independence, pain and masculinity, evolution and perseverance. Like much of Abhi's catalog, the album blends hip-hop, funk, R&B, and indie rock into a swirl of addictive hooks and intoxicating grooves, but the music here is lighter and more buoyant than ever before, packaging weighty ruminations on growth and change inside playful pop facades. Abhi worked with outside producers on the record for the first time in his career, and though the vast majority of the album was actually recorded alone at his home studio in Austin, Abhi's the first to admit that opening up his creative process infused new vitality into the collection as a whole.

"I'm doing things now that I never would have imagined," Abhi reflects. "I spent my whole life moving around, just waiting for whatever was coming next, and now that I can finally sit still and be at peace for a minute, I feel more comfortable than ever pushing myself and breaking new ground as an artist."

The son of a teacher and a diplomat, Abhi was born in southern India, but he spent his formative years crisscrossing the globe, calling Beijing, Hong Kong, New Delhi, and the Fiji Islands home at various points during his itinerant childhood. At 18, he moved to California, where he studied music production in college and recorded his debut EP, 'Where Are My Friends?' Released independently, the collection caught fire online, landing in a series of prominent playlists and racking up millions of streams without any traditional label or radio support behind it. Just as his career began taking off, though, Abhi's student visa expired, and he abruptly found himself forced to leave the country. Unsure of his next move, he headed back to India, then to France, where he devoted the better part of the next year to completing work on his full-length debut, 'Marbled.' Drawing comparisons to Beck and N.E.R.D., the album was a critical and commercial smash, amassing more than 40 million streams on Spotify alone and prompting an avalanche of rave reviews. NPR hailed the record's "hybrid...of rap and melodic pop musings," while Consequence of Sound called it "the sound of an artist determined to make his mark," and Mass Appeal described Abhi as a "multi-instrumentalist force of nature." Perhaps more important than any critical praise, the record also helped Abhi score a notoriously rare talent visa, which allowed him to live in the States on a more permanent basis. In 2019, he returned with his sophomore effort, 'Modern Trash,' an apocalyptic, environmentally conscious concept record that garnered even more acclaim and led to sell-out headline dates around the country along with festival slots everywhere from ACL to Hangout.