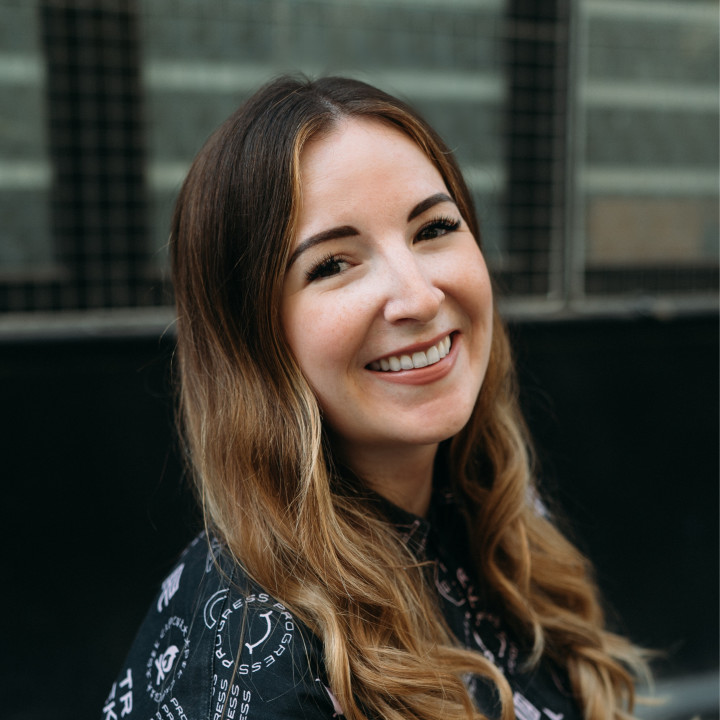 Abbie McCarthy is the go-to-girl for the best new music recommendations. Abbie currently presents BBC Music Introducing in Kent, a radio show that is greatly respected amongst members of the industry and music fans alike for its top music curation. Abbie has discovered and championed a vast array of great acts and is very popular with listeners because of her warm, fun presentational style and infectious sense of humour.

Abbie’s huge contribution to both the radio & music industry was celebrated when she was inducted into the Roll of Honour at Music Week’s Women In Music Awards 2018. Abbie has been highlighted by the Radio Academy as one of the brightest young stars in radio, recently featuring in their esteemed 30 under 30 list and winning Silver for Best Music Presenter at the ARIAs 2020.

Abbie first took to the radio controls whilst she was studying at Warwick University, presenting and producing three shows every single week. Her hard work and tremendous talent was rewarded at the 2012 Student Radio Awards where she won the accolade of Best Newcomer.

You’ll now hear Abbie regularly covering shows on BBC Radio 1, most recently depping The Indie Show on weeknights and The Chillest Show on Sunday evenings. She is also the presenter of the very popular music podcast, Live Lounge Uncovered, which brings listeners behind the scenes of Radio 1’s home of live music.

Abbie has reported from a variety of festivals, bringing all the highlights and excitement to the audience at home. She is a brilliant and entertaining compere, having hosted stages at BBC Radio 1’s Big Weekend, Glastonbury and Trafalgar square.

Abbie is the mastermind behind Good Karma Club, a gig night championing the hottest new bands around. The sold out nights have also featured a fair few famous faces in the crowd over the years, including Alex Turner, Bastille & Catfish and the Bottlemen. The platform has provided early shows for the likes of Tom Grennan, The Amazons, Pale Waves and many more.

You can also catch Abbie on your TV screens, via 4Music & The Box Network, hosting Boxfresh, a show that shines a spotlight on the biggest new artists on the planet.

Aside from music, Abbie’s other passion is sport, which really shone through in her entertaining coverage of the Women’s World Cup for Chelsea Women’s FC’s socials. You’ll also find Abbie guesting frequently on BBC Two’s new football show, MOTDx, a fun, youth-focused spin-off of the legendary brand.

Abbie is one of the best and most heralded tastemakers in the UK and is a true force to be reckoned with!