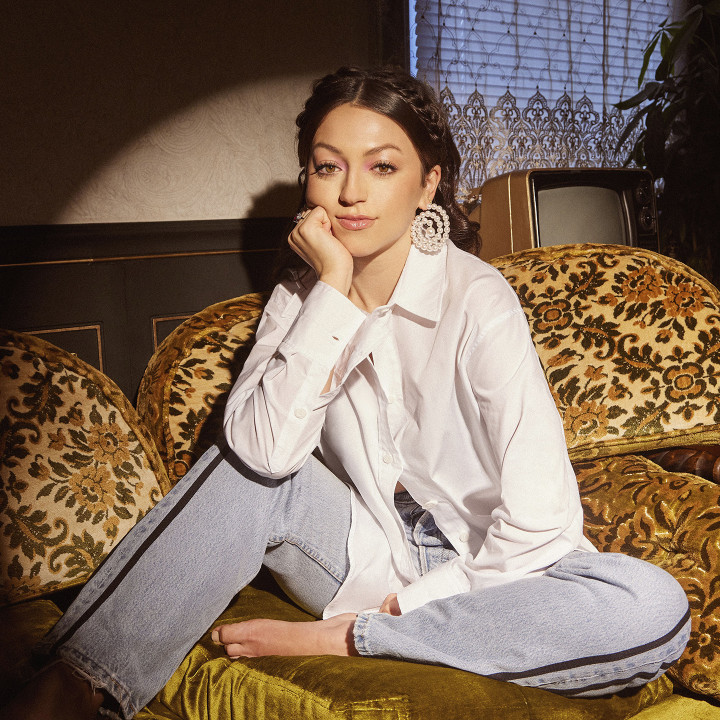 Abbey Cone first made the trek to Nashville at age 12, actively beginning to hone her craft and find her voice. The Texas native has been singing for as long as she can remember and has focused on building a career in Country music on her own terms, as a young woman writing authentic and emotionally resonant music that connects with the newest generation of Country listeners and beyond.

With an induction into CMT's Next Women of Country Class of 2022 and named one of Pandora's 10 Country Artists To Watch in 2022, the 23-year-old has already made her mark, introducing herself with her debut collection HATE ME. Featuring Abbey's individuality that expresses a palpable realness and vulnerability listeners can feel across each song, the release perfectly covers the full spectrum of love and is a true representation of her impressive artistry and clever songwriting as she co-wrote and co-produced all six tracks.

She has already collaborated with some of Nashville's most accomplished songwriters, such as Lori McKenna, Shane McAnally, Nicolle Gallyon and Jessie Jo Dillon. Expanding on their works, Cone credits her writer/producer Nathan Spicer with helping to find her unique sound as she begins to carve her own path as a performer. She just wrapped time on the road with Brittney Spencer, as well as the CMT Next Women Of Country Tour with Maddie & Tae and Sacha. You can find more information and tour dates at AbbeyCone.com.