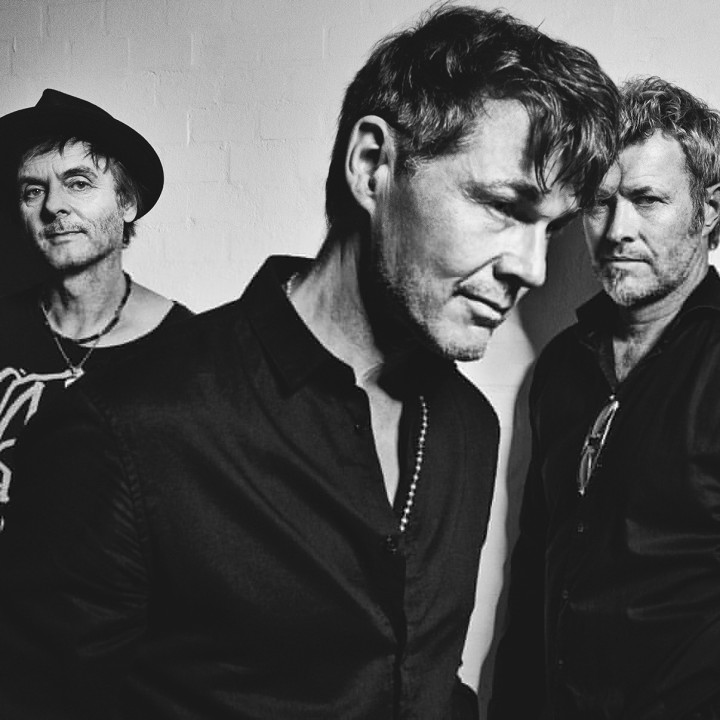 In late October 2019, a-ha began a world-wide tour where they were playing their debut album in full -- the Hunting High And Low tour celebrated when Magne Furuholmen, Morten Harket and Paul Waaktaar-Savoy first reached a global audience. "Take On Me" had been an international hit in 1985 and the album which followed confirmed a-ha were no longer for Norway alone.

But the world can be unpredictable and after performing in Auckland, New Zealand in March 2020, the pandemic meant that after 29 dates the tour had to be put on hold.

Now, in 2022, a-ha are picking up from where they left off. Of course, there are inevitably some differences between now and then. When a-ha play Buenos Aires on 25 March, the Hunting High And Low tour continues -- as it does with all the dates rescheduled from 2020. There are new shows too, dates in America, Norway, Spain and the UK where a-ha will play their always thrilling and wide-ranging shows. Festivals in Norway and Portugal have been slotted in too. More stop-offs may be announced. There is also a new album on the near horizon.

On one hand, a-ha have decided to make sure that ticket holders for the Hunting High And Low tour experience what they have been waiting for. On the other, a fresh journey is embarked upon at the same time. Back in 2019, before the tour, Paul noted of a-ha's early days that "by when Hunting High And Low was finally released it had been a long and bumpy ride, and we poured all our ambitions into the record as if it would be our one and only shot." It's the same now. After a period of uncertainty, a-ha are pushing forward as fast as they can. Lost time needs making up.

It's been this way since March 1982 -- amazingly, 40 years ago -- when Magne and Paul first travelled to London to see whether there was a place for them in the UK's capitol. Back in Norway later in the year, they united with Morten and what the world would know as a-ha took shape. In March 1983, the trio found a place to live in London and, in time, began making waves. December that year saw them sign with Warner Brothers. It soon became obvious that "Take On Me" was the song, the one which would click with listeners. This was the calling card. After a second try at capturing the magic for vinyl, it hit home. With "Take On Me," follow-up singles "The Sun Always Shines On TV," "Train Of Thought," "Hunting High And Low" and six more songs, their debut album proved a-ha were about more than hits -- they were swiftly embedded in music's global consciousness. a-ha were in for the long run.

There have been stops, starts, solo projects and exploratory ventures like being filmed and recorded in 2017 for MTV Unplugged -- which was so inspiring, a like-minded tour followed. a-ha have constantly moved headfirst into what's next. They may not have known what was coming, but there's always an innate sense of something else around the corner. Exactly what it is might not immediately be apparent, yet when it comes it is embraced.

In this spirit, the 2022 tour culminates with a one-off concert. On 31 July 2022, a-ha perform in California at Hollywood Bowl with the Hollywood Bowl Orchestra under conductor Thomas Wilkins. For MTV Unplugged, a-ha worked with a string section. Now, it's an 80-piece orchestra. A dream made real, the concert fulfils an ambition to take the stage of this historic outdoor venue.

Just as it will be for the other shows added to what was rescheduled from 2020, the Hollywood Bowl concert will see a mix of songs performed. Nothing is set in stone and there may be surprises. With a-ha, it's impossible to second guess what's coming.

However, one thing is known. After the tour, a-ha are not taking any time out. The regained momentum is sustained. In October 2022, True North is released. a-ha's first collection of new songs since 2015's Cast In Steel is more than a straightforward album -- it's unique for a-ha. True North is a new album, but it is also a film capturing a-ha while recording the songs over two early November 2021 days in Bodø, the Norwegian city located 25km inside the Arctic Circle. It has been completed with the Norwegian Arctic Philharmonic, a collaboration feeding into the approach taken for the Hollywood Bowl concert. Maybe, just maybe, some of the new songs will be performed with the Hollywood Bowl Orchestra.

"With every album we tweak it, to see if there's a different way to go about it," explains Paul, revealing how True North evolved. "First, we had the idea to record a studio session live. Then, to film a studio session. That grew into more of a production with the Norwegian Arctic Philharmonic."

"True North is a letter from a-ha, from the Arctic Circle, a poem from the far north of Norway with new music," adds Magne. Within the film, a-ha perform and record with the orchestra. In recurring vignettes, actors portray life in the north. Caught on camera in the landscape around Bodø, Magne, Morten and Paul discuss True North. The film describes a narrative arc embodying the spirit of the new songs, showing how all of us are connected to the environment.

In the film, Magne is seen talking about living in Norway between the mountains and the ocean, and how this brings a sense of melancholy. He also talks of the ocean as a livelihood and the dark stains brought by offshore oil: his work with the REV Ocean environmental research project helped bring this home for him. Morten reflects on pollution of the oceans and our dependence on nature. Paul ponders his family background -- his relatives are from Norway's north -- and how his journey echoes that of his father. For each member of a-ha, True North is a personal odyssey.

In how it was initially envisaged, True North nods back to 2017 when a-ha were filmed for MTV Unplugged in Norway. Then, there was limited time and a need to directly capture a-ha on camera and audio in what was effectively a live setting. Deciding on a similar framework -- with comparable limitations -- placed a-ha on a deadline. They knew there was a strong chance that performing live would again become possible, and that the multi-faceted True North had to be completed.

And then, as 2021 closed, thoughts turned to how to pick up from March 2020. After New Zealand a-ha were meant to play in South America, so that had to be where they headed first in 2022. Buenos Aires -- where a-ha previously faced an audience of 200,000 singing "Hunting High And Low" -- is followed by Asunción and Santiago, and then it's north to Mexico City. The USA is next, followed by Europe -- including Norway -- and more dates in South America. Finally, there's Hollywood Bowl. After this, there's a brief pause to take stock before the release of True North.

All of this could be called catching up. Yet this is archetypal a-ha. Once Magne, Morten and Paul have decided on doing something, they do it. It was that way in 1982 when they came together, and it still is. It's taken two years to get back on track and a-ha are making sure that 2022 will be a landmark for them, and for their fans too. Wherever you are, join them in what will be a unforgettable year.